This tour develops in the heart of the Langhe starting from Alba, it has a length of about 50 km and just like the one before it can also be faced by the simple lovers of bikes. However, there are difficult climbs for about a third of the route. It touches the towns of Rivalta, La Morra, Barolo, Monforte and Castiglione Falletto, the center of Langhe’s wine excellence. Obviously these places are closely linked to the history of the partisans, so you’ll meet many points of historical interest.

We leave Alba through Corso Europa until it joins the S.P.3, and we follow the provincial road till the junction with Roddi. Here we turn right and after about 1 km. on the provincial 7 we arrive in the Toetto region. Here we find the Chapel of St. Anthony with a plaque in memory of the 3 partisans Giuseppe Sottimano, Franco Bocca and Amedeo Bosio. They were killed on November 2, 1944, when the 23 days of Alba being free from the Nazi-fascists ended. The story of those days gives the title to the famous book of Fenoglio “The 23 days of the city of Alba“. Another tombstone on the side of the church remembers 4 other partisans shot on November 29 of the same year.

We return to the provincial road towards Bra until we reach a fork in the Cascata region, where we turn left towards Verduno – La Morra. After about 1.5 km in the Rivalta district we find the plaque of Carlo Lamberti. Known with the battle name of “Gabilondon” he was an Official Commissioner in the Garibaldi Brigade and died on November 2, 1944, trying to defend the bridge of Pollenzo to prevent the fascists from passing. 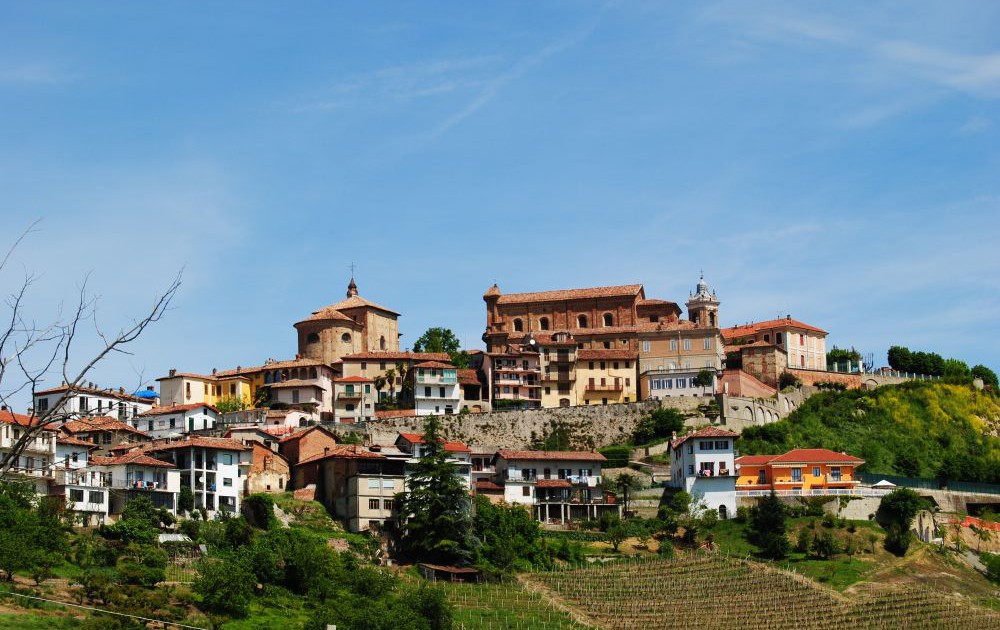 Arriving in the center of La Morra from Via Alba, you meet on the right a plaque that commemorates the fallen of August 29, 1944. It was one of the bloodiest days of the liberation struggle in the Langhe, where the partisans of the 48th Garibaldi Brigade “Di Nanni” and those of the autonomous brigade “Bra” were encircled by troops of the Wehrmacht and departments of sadly famous republics, such as the “X MAS” and the “Monterosa Division“.

The raids lasted all day, turning the hills around La Morra into a battle field. At the end of the day, 31 partisans were dead, of which 18 killed in the Averame farmhouse in the Cerequio hamlet. The latter were lured into the open by the lieutenant Pei with the promise of saving their lives if they surrendered. Being now surrounded, the partisans accepted and surrendered coming out with hands up. They were all shot on the farm terrace.

We leave the village after the junction at the bottom of a descent, the road goes uphill towards Barolo. Under the sign indicating the village, we find the memorial dedicated to Giuliano Mori. The partisan “Moro” enlisted in ’43 in the Garibaldina Brigade “Di Nanni“, participated in numerous battles in Roddi and La Morra and was present at the conquest of Alba on 10 October 1944. He died in Barolo on the 3rd January 1945, and was awarded of the Silver Medal for Military Valor. In the village, the Castle of Barolo is definitely worth a visit. 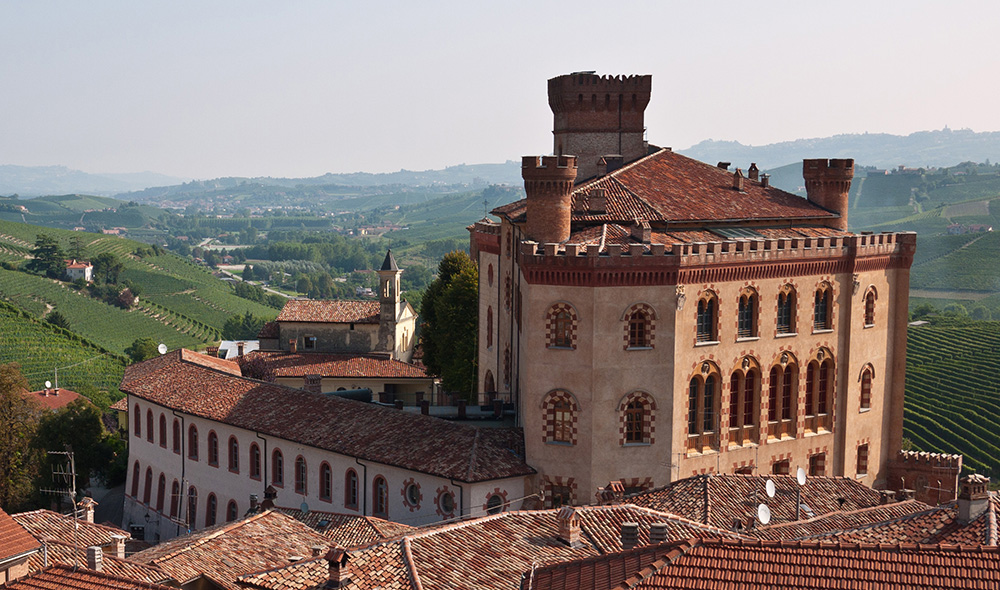 Leaving the village of Barolo, we follow the provincial road 163 which takes us to the junction with the provincial road 57. A rather demanding but short ascent makes us reach Monforte d’Alba. Starting from Monforte, in a raised area next to the Cathedral of the Blessed Virgin of the snow, we find the shrine dedicated to the fallen of Garibaldi’s divisions.

In the final stages of the war the countryside around Monforte became strategic for the procurement of materials by the partisans, being chosen by the allies for the launch of supplies with parachutes. These launches were needed to keep the numerous partisan formations in the Langa operational.

Leaving the village in the direction of Alba, at the first junction turn right following the provincial road 9 that descends towards Castiglione Falletto. The road crosses the hill of Bussia, one of the most renowned in the production of Barolo.

The descent is very fun, with tight bends and stunning views of the surrounding hills. Once in Castiglione Falletto the road becomes flat, you leave the village and continue until the intersection with the provincial 3, near the Terre del Barolo winery.

In the courtyard of the cellar we find a bust that recalls Arnaldo Rivera, an elementary teacher who in September of ’43 made the partisan choice. He enlisted in the 14th Garibaldi Division, and performed important tasks related to the management of resources on the territory, in addition to actively participate in the defense of Alba after the experience of the 23 days of the Republic. He was also among the founders of the social winery in 1958.

We stay on the provincial 3 parallel to the busiest 3bis, and in a couple of km we’re back at the beginning crossroads, which we pass heading towards Corso Europa, which takes us back to the center of Alba.

Built on the right side of the Tanaro river, Alba gathers and controls the whole production and all the initiatives of this part of Piedmont.