This tour is not particularly difficult; it’s 26 km long with a maximum elevation gain of 270 meters.

It should be said however that most of the trail is uphill, from Gallo to La Morra, and then again from Barolo to Monforte. 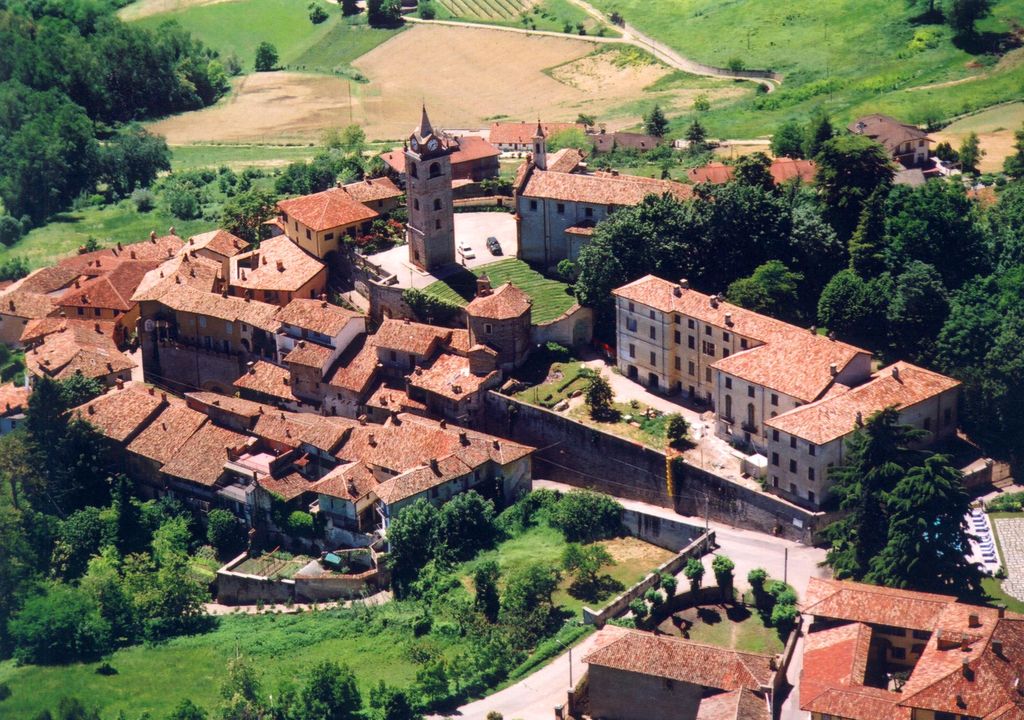 The trail starts in Monforte, in a raised open space next to the Cathedral of the Beata Vergine della neve, where we find the memorial dedicated to the Garibaldi fallen divisions.

During the final stages of the war the countryside around Monforte became strategic for the supply of materials to the partisans. The area was chosen by the Allies to launch supplies via parachutes. These launches served to keep the numerous partisan formations in Langa operating.

Upon leaving the town in the direction of Alba, at the first junction we turn right following the provincial road n. 9 that goes down to Castiglione Falletto. The road crosses the Bussia hill, one of the most renowned that produces Barolo.

The descent is quite enjoyable, with tight turns and breathtaking views of the surrounding hills.

Once we reach Castiglione Falletto, the road becomes flat and we leave the town and continue on to the intersection with the provincial road n. 3, near the Terre del Barolo winery.

In the winery’s courtyard we find a bust reminiscent of Arnaldo Rivera, a primary school teacher who in September of ’43 decided to become a partisan. He enlisted in the 14th Garibaldi Division and carried out important tasks related to managing territorial resources and also actively participated in defending Alba after the 23 days of the republic experience.

He was also amongst the founders of the wine cooperative in 1958.

Once we exit the winery we take the provincial road n. 3 towards left, going back towards the direction of origin.

At this junction we turn right, following the road that will take us to La Morra.

We then climb towards the hamlet of Annunziata, which houses some of La Morra’s most famous wineries.

The climb is continuous and somewhat challenging, but offers an immersion among the vineyards on all sides, and the arrival point under the town’s fortress is spectacular.

Upon arriving at the center of La Morra via Alba road, we come across a plaque on the right commemorating the fallen of August 29, 1944

It was one of the bloodiest days during the liberation struggle in Langa, where the partisans of the 48th Garibaldi Brigade “Di Nanni,” and those of the Autonomous Brigade “Bra” were surrounded by the Wehrmacht troops and the infamous Republican units such as the “X MAS” and the “Monterosa Division”

The house-to-house searches lasted the entire day, turning the hills around La Morra into a battlefield.

At the end of the day 31 partisans were counted dead, 18 of which from the Averame farmhouse in the Cerequio hamlet.

The latter were drawn into the open by Lieutenant Pei after promising to save their lives if they surrendered.

Since they were completely surrounded, the partisans accepted and surrendered hands up. They were all shot to death on the farmhouse terrace.

We leave the town after the junction at the bottom of a descent; the road then rises towards Barolo.

Under the sign indicating the town, we find the memorial stone dedicated to Giuliano Mori.

The partisan “Moro” enlisted in 1943 in the Garibaldi “Di Nanni” Brigade and participated in numerous battles in Roddi and La Morra and was present at the taking of Alba on October 10, 1944.

He died in Barolo on January 3 1945, and was awarded the Silver Medal for Military Valor.

In the town, the Barolo Castle is certainly worth a visit.

One last climb, rather difficult but short, leads us to Monforte d’Alba.

The Tuesday and Saturday market in Dogliani

Topping the steep rises of this village with a long history will lead you to its outstanding amphitheatre, its bell tower and a breathtaking view over the valley.