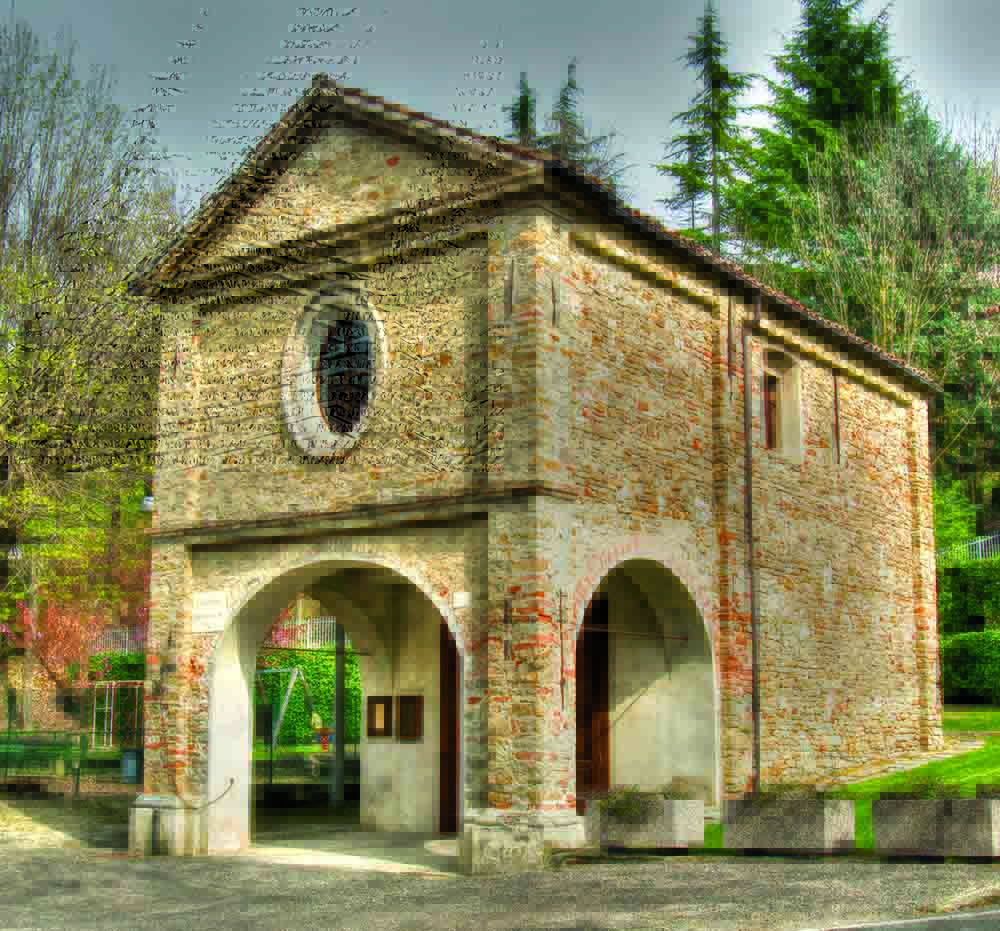 This chapel was erected between 1631 and 1656 by the Community of Sinio as a sacred building adjacent to the leper colony (with dedication to the holy martyr and healer).

The chapel of St. Sebastiano was originally located outside the known porta soprana (no longer existing city gate) from which you entered the “villa” (the ancient village surrounded by walls).

It was built as a place of worship to invoke the protection of its “venerable” from pestilent epidemics. The persistent local devotion to St. Sebastiano is also seen in one of the figures painted in the fifteenth-century fresco on the façade of the ancient castle residence of Sinio.

Subsequently, under unfavourable conditions, already in 1671 and in 1711, the bishops of Alba issued respective interdiction measures for this chapel, first because it was lacking the necessary liturgical furnishings, then due to the lack of maintenance works.

It was later resettled in 1715 as the seat of the female Order of the Humiliati until 1891, when the fellowship moved to the side altar of St. Elisabetta in the parish church.

The chapel has a longitudinal plan with a semicircular apse equal in height to the nave and with an accommodating arched porch in the main façade.

In 1930, as oratory of the Community, it was partially restored by adding a bell tower (no longer preserved).

From then to the 1950s, it hosted the male Order of the Disciplinanti – “White Flagellants” – which first had its individual seat in the oratory of the holy Annunziata.

The oratory of saint Michael