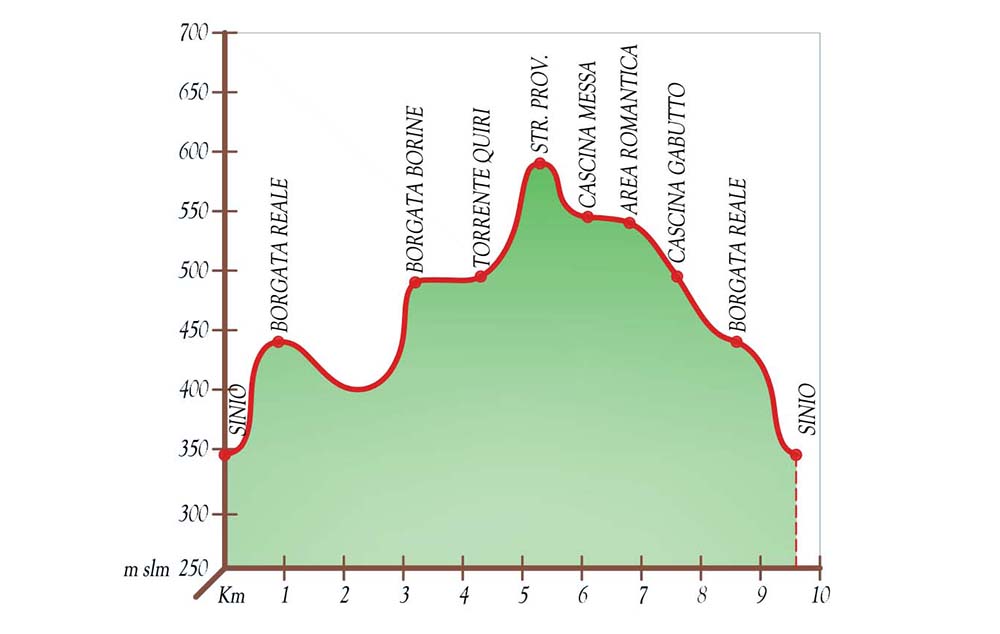 The trail begins from Piazza Guglielmo Marconi, leads onto Strada Carlo Coccio, then continues up to the right, first on a gravel road then, after about 100 metres, it turns right onto a dirt road among vineyards and hazelnut trees to the Village of Reale.

Following the arrows,  travel 100 metres on a dirt road, then right on a paved road for another 100 metres.

Continue to the left on a dirt road in the middle until you reach some renovated houses, generally lived in during the summer.

After a short stretch of paved road, go up to the left on a steep path through woods of oak and chestnut trees.

Continue, keeping to the left, near the Village of Borine, with large spaces among vineyards and hazelnut trees and a wonderful view to the left, over the white sandstones of the Fossa dei Quiri (Pit of the Quiri).

Climb up to the provincial road and follow it to the left, after 100 metres, at the junction, to the left (to the right is Rodello), and after another 300 metres you go upwards to the left (signpost for Ristorante Hotel Cà del Lupo).

After the Bricco dei Pini (declared a “Site of Regional Interest” in 1997 by the Piedmont Region), continue slightly downhill until you reach the rest area of the “Strada Romantica” (“Romantic Road”).

Here you can briefly stop and admire the landscape of the Alps, from Mount Monviso to Mount Cervino.

Continue for 1.5 km on a paved road and then, at the junction, veer right (signpost for “Il Trifulau”) and, right after, go left on a dirt road, among hazelnut trees.

Past the Village of Reale, you go back the way you came, all the way to town. 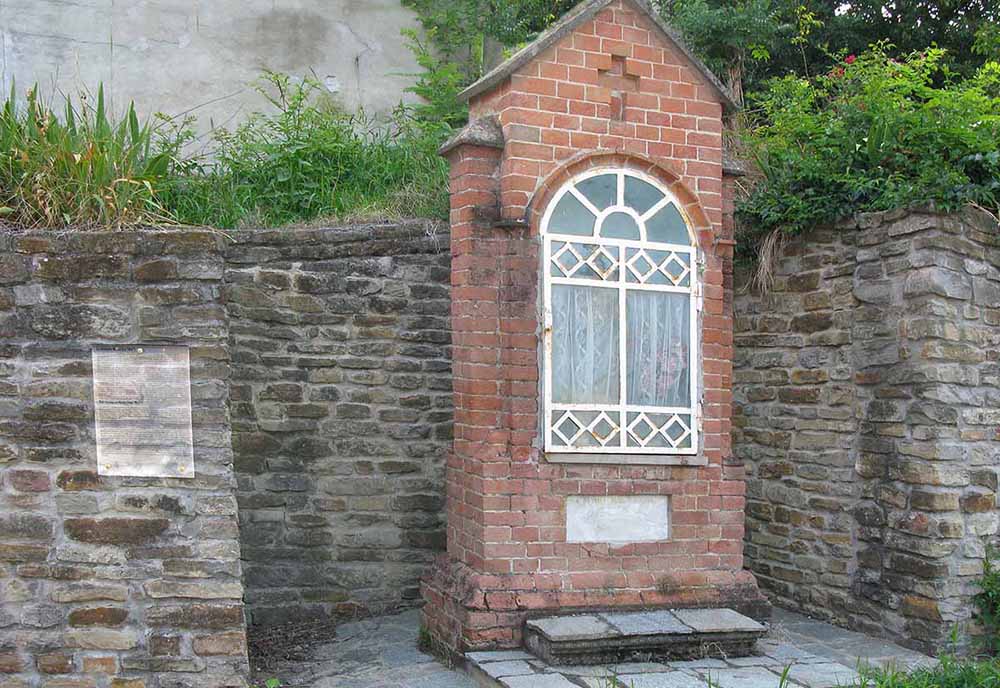 Along the paths of the Sinio territory, in the streets or in the village, you can observe characteristic expressions of popular religious devotion.

For the most part, this cultural patrimony was restored in the 1990s by the Town Hall of Sinio or by its inhabitants.

An ancient noble oratory, the country sacellum or shrine, the “piloni” (votive pillars), the votive cross, and three sacred aediculae or niches distinguish the territory in particularly scenic locations, in homes, or on crossroads.

These constitute the explicit expressions of devotion to Mary, of “ex voto” (votive offerings), of collective or family invocations for the protection of individuals, as well as for crops.

Several were destinations for propitiatory processions (rogation days), others are still references for reciting the first-crop rosaries.

The Tuesday and Saturday market in Dogliani

The Castle of Barolo