The Sinio “castle”, or the fifteenth century fortress, stands at the apex of the old village (located at an altitude of 357 meters above sea level), which was surrounded by walls and was called the villa.

The imposing building was erected to partially replace the medieval manor (first mentioned in an uncertain document from 1142 and vainly besieged in 1228).

It was built upon commission of the Del Carretto marquises in the second half of the fifteenth century, thus realizing a fortified building in the late Gothic style. 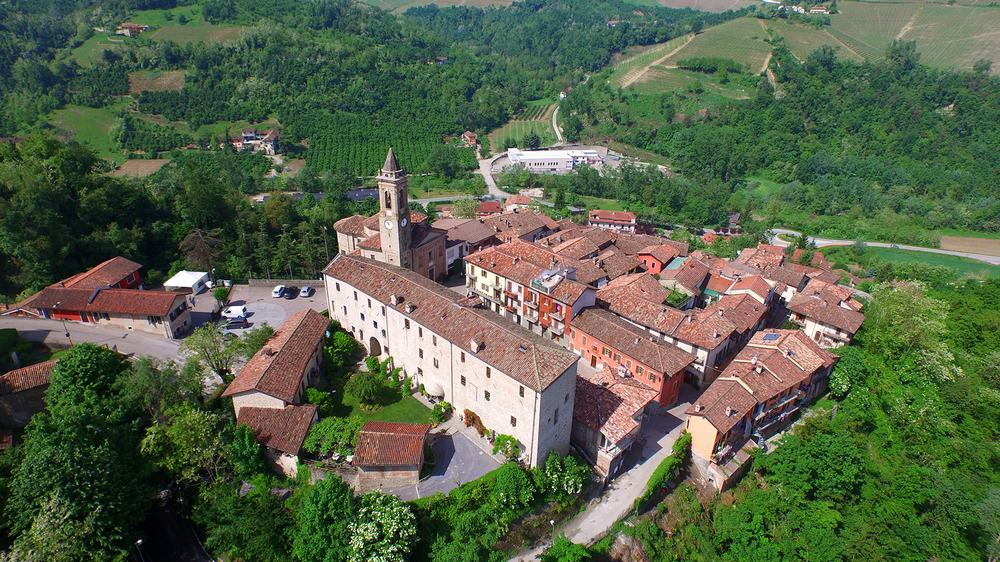 The pre-existing quadrangular-based tower, (the medieval tower located in the courtyard), was the soaring element of this castle.

It was unfortunately demolished in the early twentieth century, after the complex was sold by count Carlo Vassallo of Castiglione Falletto to private buyers to be allocated towards rural housing and employment.

The façade to the west towards piazza Marconi (formerly piazza Castello, donated to the Municipality in 1897 by count Carlo Vassallo of Castiglione Falletto) is characterized by fine mullioned windows, a large Gothic arch at the entrance with the Del Carretto coat of arms, a decorative brick string-course cornice, lancet openings, and a religious late-Gothic fresco from the fifteenth century by an unknown artist.

In the local stone wall, towards the main square, there is embedded a sculpture by the renowned artist, Umberto Mastroianni – Omaggio alla Resistenza (Homage to the Resistance) – donated to Sinio by the same artist in 1975.