On the occasion of the anniversary of Liberation Day I want to propose a longer ride than the previous partisan rides, designed to be done in different stages in a day. It has a ring structure, and starting from Dogliani it touches the municipalities of Somano, Bossolasco, Murazzano, Clavesana and Farigliano.

It can also be done by those who are not particularly trained as long as you take the right time: the route is about 50 km and presents a first part uphill, continuing then between higher and lower levels.

You leave the village of Dogliani following the signs for Somano and Bossolasco. The road begins to rise regularly, and for the first 6 km it is rather shady.

Continuing to climb, you get to Somano. Leaving the village downhill, on the left there is a sign indicating the detour to Colle Garombo. Here, in the first days of ’45, the partisans of “Giustizia e Libertà” of the group “Monte Bram-Brigata Valle Grana“, who had come from the plain under the command of Giannetto Asteggiano.

In Somano is where the group of the French partisan “Lulù”, Luis Chabas, had one of its headquarters. He was the legendary red primrose of the Langhe that was killed by mistake by a patrol of GL who had just arrived from the plains.

The cohabitation in this area of ​​langa between Garibaldini and GL was not without rivalries and tensions, but also saw many common actions. Following the detour near the sign, through a paved road you get to Pian Garombo, where there is a polyvalent structure still used for celebrations and meetings related to the Resistance.

Continuing along the asphalt road, you’ll rejoin the provincial road 56 which goes up, offering a magnificent view of the mountains and the plain below. You’ll then arrive in Bossolasco, known for being one of the centers of production of the  hazelnut “Tonda Gentile” of the Langhe.

Before entering the village, on the left, you’ll find the park of the Resistance, where you’ll be greeted by a plaque that reads “Here live forever the eyes that were closed to light so that everyone could have them open forever to light“, sentence Ungaretti composed specifically for the park.

Although small by extension, it’s a place that leads the visitor to become estranged from the surrounding environment, ideal for a pause for reflection and resting.

Leaving the village you’ll take the provincial road 32 following for Murazzano. This part is the highest and offers on the left a very wide view of the Belbo valley. There will be several changes of slope, but never too demanding, and in about 8 km you’ll arrive to the village.

Today Murazzano is known above all for the D.o.p. cheese, one of the oldest in Italy, but during the Resistance it was an important center for the control of the operations of the Alta Langa.

In the historic center, in Piazza Umberto I, you’ll find two plaques commemorating those days. In this square two 20-year-old partisans were killed, Fausto Pezzotti and Giovani Marazzi, on the evening of the 2nd of January 1945.

Another plaque commemorates the famous “blond lieutenant” Gino Ghibaudo, killed by the nazi-fascists on the outskirts of the village in ’44 and whose deeds are also narrated in the book by Fenoglio “Partisan Jonny”. 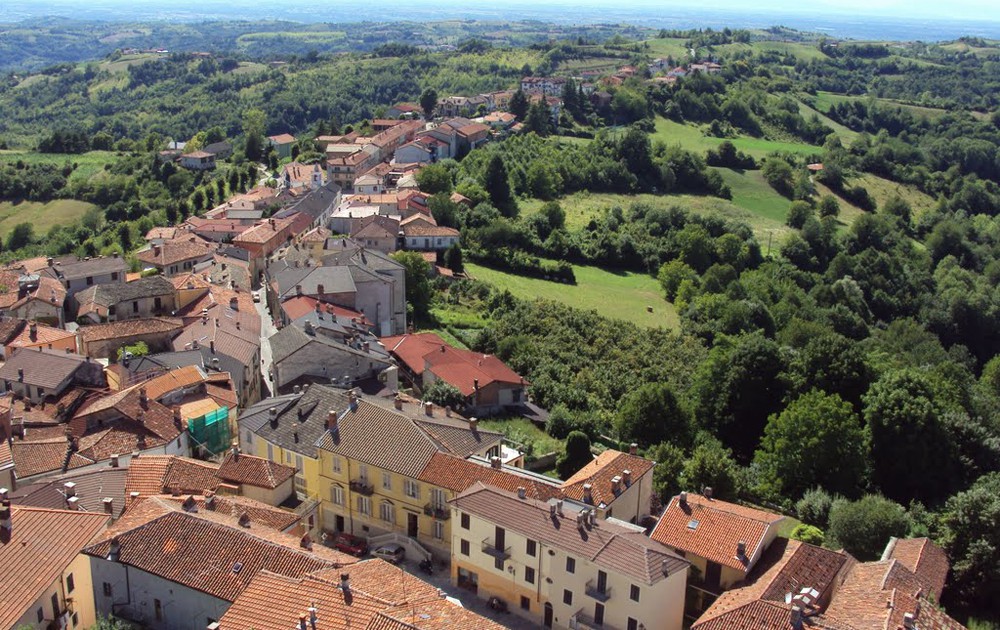 Leaving the village along via Roma, take the S.S. 661 towards Belvedere Langhe. You’ll pass next to the chapel of San Sebastiano, where a plaque recalls another massacre. This time it concerns the killing of unarmed civilians, who had nothing to do with military activities.

These are the facts: on the 3rd of August ’44 the partisan Spartaco Ermini was watching over the body of another partisan killed the day before and waiting to be buried. At the sight of a German column he tried to escape towards the Cacciadoro farmhouse.

The Germans, once the partisan was killed, continued towards the farmhouse, where Pietro Pagliano and Angelo Giacosa were busy baking bread. They accused them of being in the service of the partisans and killed them, then setting fire to the house and heading towards Dogliani, but not before having beaten up the women of the house.

Shortly thereafter, two other civilians, Paolo Odello and Antonio Freddo, came to help the survivors. After half an hour the Germans returned and killed them too.

Towards the San Bernardo shrine

Near Belvedere, leave the state road and take Provincial 59 following the sign for Clavesana.

You’ll then start to descend and after about 2 km you’ll come across a fork that bends towards the valley, which indicates the hamlet Madonna delle Surie. Take the road that leads to the village, continuing to go down for another 2 km.

The descent is very beautiful, and allows a wonderful view of the plain below. However, it has some hairpin bends where you need to be careful. You’ll then skirt the Ciri hamlet and find the shrine on the top of a hill. 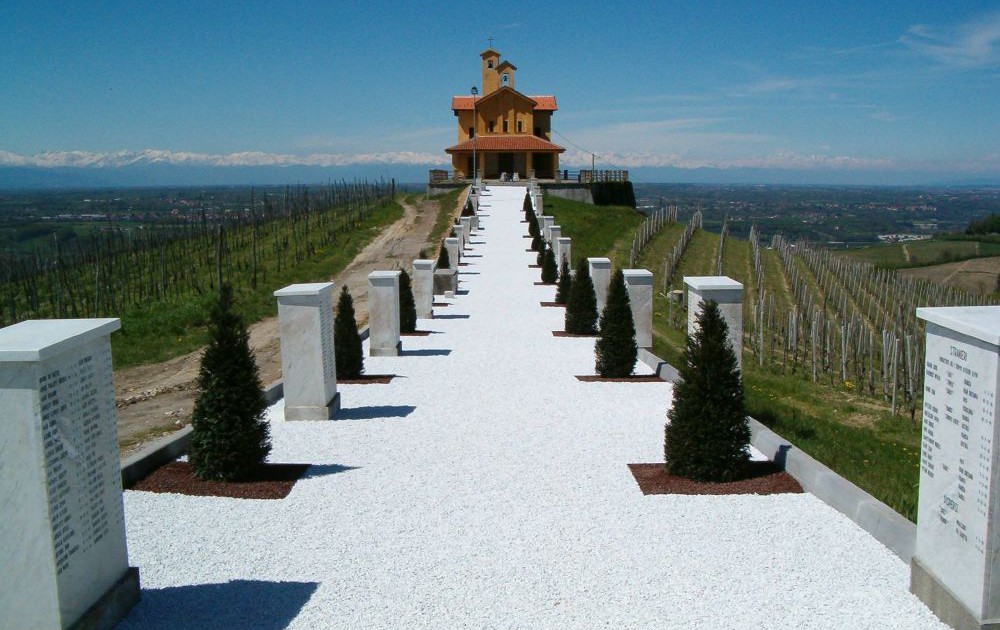 It is a very suggestive place, wanted at the end of ’45 by the famous Comandante Mauri. Along the avenue leading to the chapel are the names of about 800 partisans.

You’ll go back from the same road, passing again the village Ciri, and shortly after you’ll take a fork in the direction of Ghigliani, which gave the name to a detachment of the Langhe Division, led by the official student Italo Gatto.

You’ll continue to go down, crossing the villages Ferrua and San Bartolomeo, to get to the Tanaro near Madonna della Neve. Here Italo Gatto found death, blocking a German column across the bridge, thus allowing his companions to escape. For this action, Gatto was awarded post-mortem of the rank of Marshal. Going back to the right you can go to the historical center of Clavesana.

Crossing the bridge, take the S.P. 12 passing near the social winery of Clavesana. Keep the road for about 3km, it is flat but quite busy, so be careful. You’ll get to the junction on the right that indicates Farigliano, that will lead you to the provincial 9.

You’ll cross the village of Farigliano and here you’ll find the penultimate ascent of the tour, short but steep. You’ll get to a flat stretch, where a last climb will taka you to the junction with the S.P. 661, where you’ll descent to Dogliani.

The sanctuary of Madonna della Neve

The sanctuary of Madonna dei Monti

Capital of the south-western Langhe and a bridge between the Barolo Langa and the Alta Langa, Dogliani is rich in history and characterized by a curious architecture. The town is known for its excellent wines and gives its name to the DOC of the famous Dolcetto.