Libano’s Cedar, an evergreen conifer, which stands majestically on the Monfalletto hill in Annunziata, La Morra, is one of the unexpected panorama points of the Barolo in Langa; it’s the pride of local residents and a place of inspiration for aspiring and professional photographers.

It’s admired for its grandeur and for the natural environment in which it islocated: a true belvedere that can reach the Alpine chain, with a view overlooking the Nebbiolo  vineyards and the Langhe and Roero villages, recognizable by their towers and castles.

For all these reasons, one of the Anglo-Saxon terms most used by foreign tourists to describe this place is “breathtaking”.

The property of Colle Monfalletto, name deriving from the ancient Mons Fallettorum and subsequently Mont Falet, or rather Monte dei Falletti, belongs to the Cordero di Montezemolo family; property of the wine estate of the same name owned by 19 generations.

Historical sources handed down by the Falletti family, the most noble and influential in the Langhe, state that they acquired the property in 1340 maintaining it until 1941 when the Countess Luigia, who died childless, left the legacy to her nephew Paolo Cordero di Montezemolo. 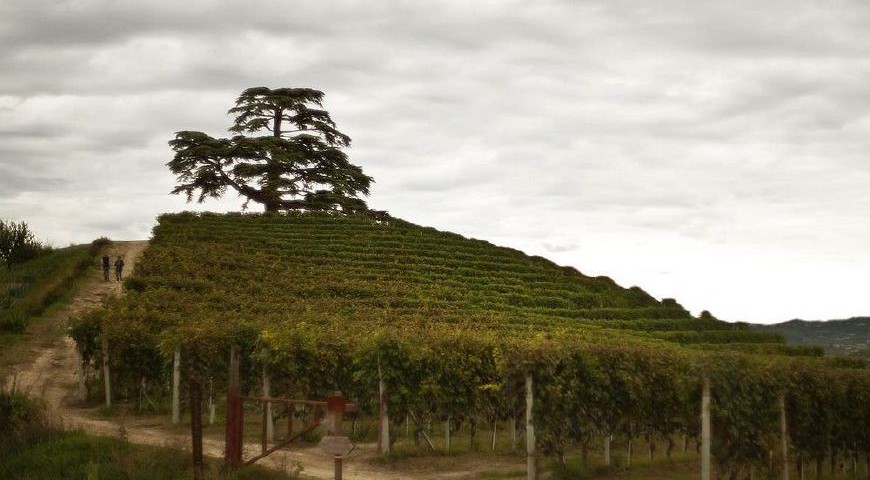 The road, now blocked off, which leads to the cedar

The origins of the La Morra Cedar

The Cedar’s story begins in 1856 when two young people, Costanzo Falletti di Rodello and Eulalia Della Chiesa di Cervignasco, descendants of the present family, planted the tree in memory of their wedding thus sealing two loves: the couple’s and that of their family for these lands.

According to tradition it was an auspicious gesture, symbolized by the choice of a particularly robust and long-living tree that would reflect their bond: a love that is strong and durable to be passed down to future generations so that they may retain the memory.

Even today, after almost 160 years, we are witnesses of the young couple’s marriage vows.

It has grown impressively over the decades and has witnessed the changes these hills have gone through: from fatigue and poverty as described by Fenoglio in his novel ‘La Malora’ and the “world of the defeated”, to the Resistance years and up to the final liberation and consecration of the Langhe worldwide. 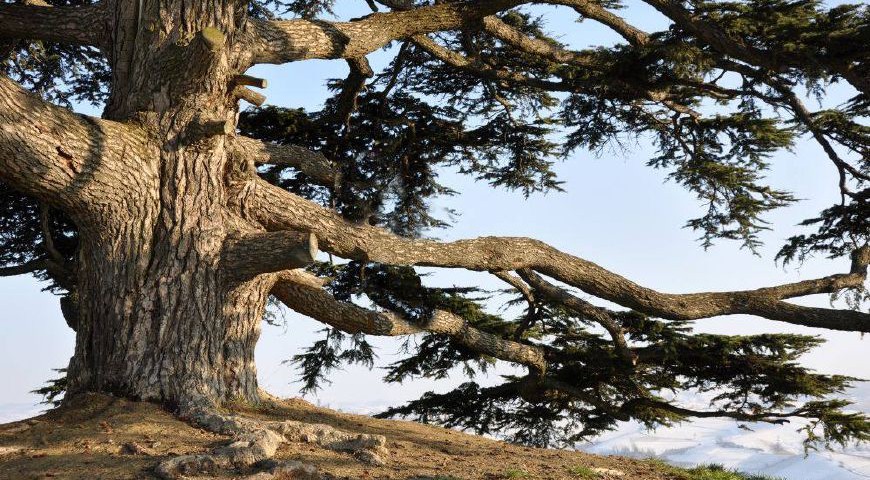 Since this is quite a long-lived plant, the Monfalletto Hill Cedar, despite there being traces of a lightning on the tree’s bark, appears robust and healthy.

Its long branches, shaped by the wind, have grown horizontally as if to protect the precious vineyards of Nebbiolo from Barolo.

For some time now, the short road that leads to the top of the hill has been blocked off and the cedar is protected by a low net that prevents direct access to it.

In spite of these restrictions, it is worth a stop because you can admire it closely, with a view from the bottom which enhances the tree’s majesty and grandeur.

The hill on which it stands, located just before the Cordero di Montezemolo Company, is accessible by car, but to fully enjoy the surrounding landscape we recommend you go by bicycle.

La Morra, in the area of production typical of Barolo, is a place of leisure and vacation, thanks to its enviable position on the top of the hill.