The week from Thursday to Shrove Tuesday is commonly regarded as an excellent occasion for dinners and ribòte (festivities among friends based on solemn binges), as is traditional during Carnival.

In fact – wanting to indulge – it is my duty to remind you that in Italy the carnival festive period begins immediately after Epiphany and ends at midnight overlooking Ash Wednesday.

January and February, which prelude the traditional celebration, are therefore already to be considered as part of Carnival, moreover also called “the months of the pig.” 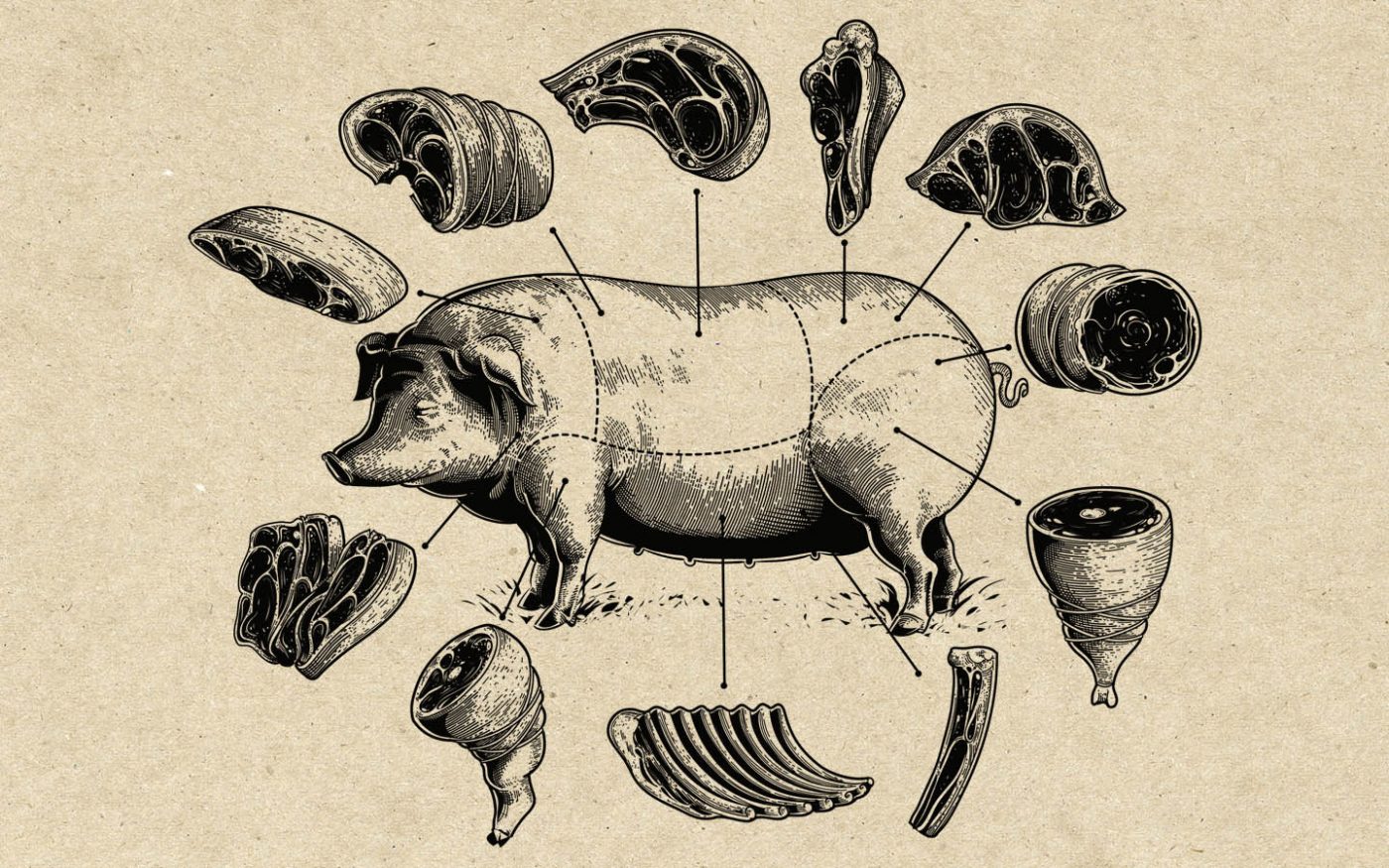 The “months of the pig”

Indeed, it is during the winter period that the pig, now fattened to perfection, is killed and processed for the manufacture of salami and cotechini; but the offal must be eaten fresh: hence the birth of unforgettable dishes: frisse, orion (the ears and tail), and batsoà.

In this sina ‘d Carvé I wanted to combine the two festivities: the killing of the pig and Carnival, to create a celebratory menu that would be valid for the duration of the festivity.

Missing from the menu is a very traditional dish, sausage, with which they used to tie up those caught working on the last day of Carnival.

Like this also the turkey, which they hung alive on the lesa track (snow sled track), whose neck was torn off by the driver of the running sled; and again the salam ‘d le cone (pork rind salami), a real delicacy moreover still traceable in local meat shops.

I am aware, as I write this, that I am suggesting a high-calorie and decidedly flavorful menu, but nothing less can be considered truly traditional.

Let’s proceed in order: among the appetizers, you cannot miss the aforementioned frisse and batsoà, symbolic dishes of these cold months in the Langa.

Both involve the use of the parts of the pig that are generally considered as waste, and that in these recipes win the starring role: the former are prepared, among other ingredients, with the liver; the latter are nothing less than the pig’s trotters, breaded and fried.

To ease the digestion of these two challenging dishes, it is customary to serve a good cup of boiling veal or chicken broth in combination. 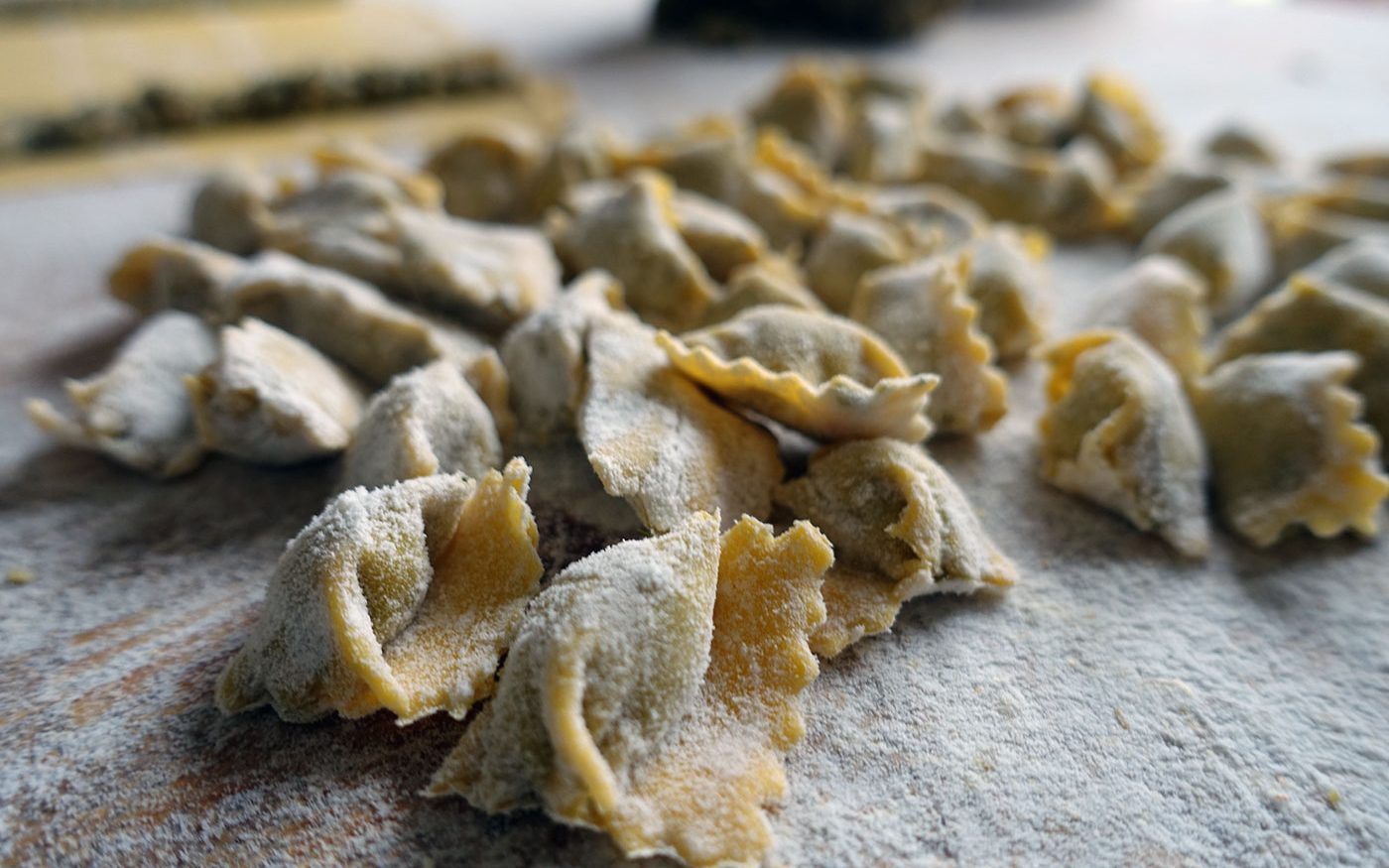 There are too many variations to count and report, each hillside flaunting “the original recipe”: the truth is, whichever way you intend to prepare or season them, there is little chance of failure.

As an alternative to roast gravy, I suggest you serve them as they were served to your grandparents in the Langa farmhouses: in a nice cup of wine, possibly Dolcetto.

And for second course, the rest of the pig

Of pork, it’s not just the scraps that should be eaten! I suggest you continue this delicious menu with an easy-to-love dish with a special twist to impress your guests.

Pork in milk, another traditional dish of this period although less “poor” than the others proposed, is slow cooked in a sauce of milk, garlic and rosemary.

The result is a meat of irresistible tenderness, on which you are going to serve slices of apple, thinly sliced and fried. 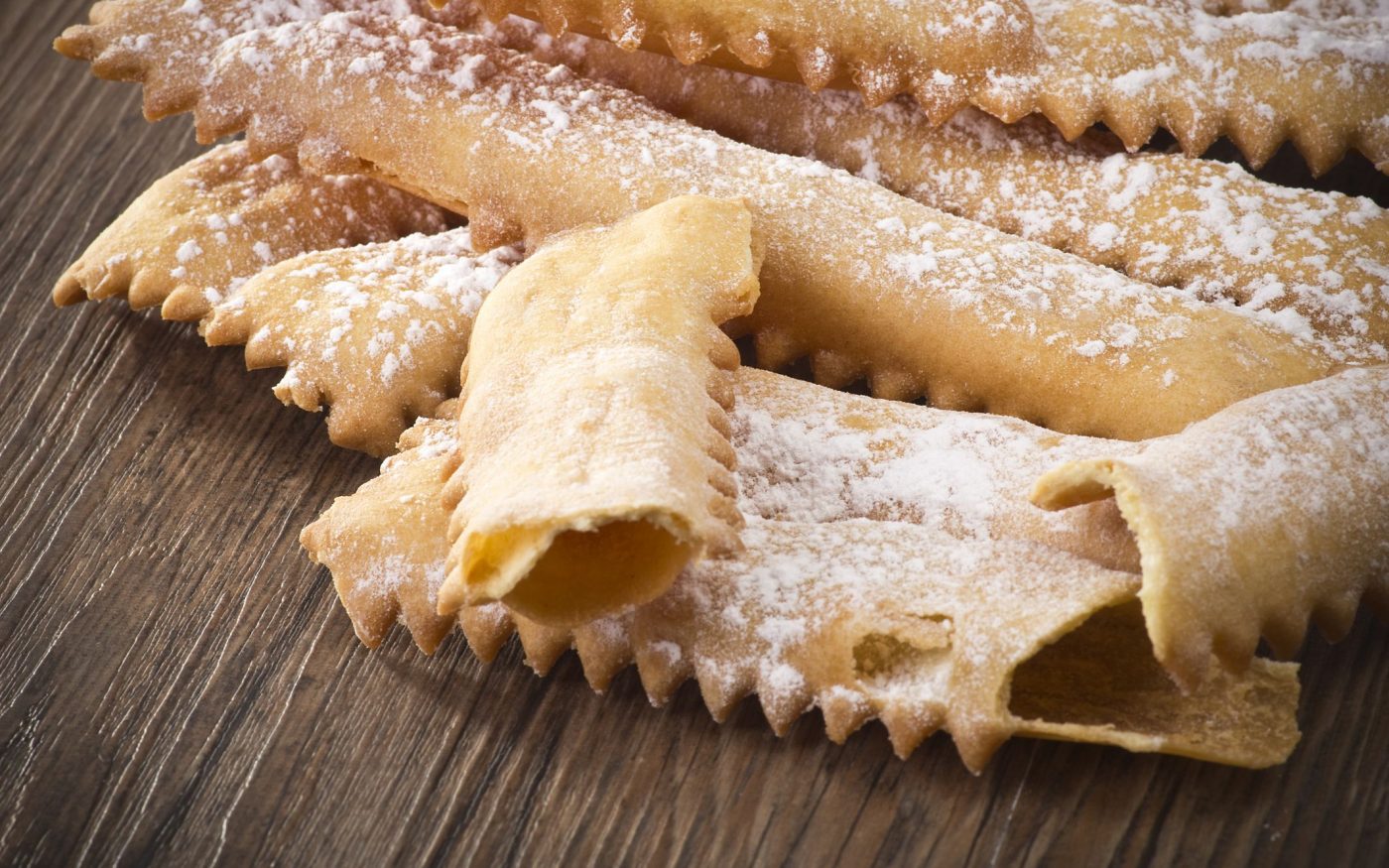 Let’s close it off with the two Carnival desserts

No self-respecting menu can be defined as such if it does not include at least one dessert; since it is Carnival, I propose two of them.

The first is a recipe from Langhe, which, however, like many of those originating in these lands, has mysterious roots and an even stranger name: I am talking about Zuppa Inglese, baptized almost certainly by housewives many years ago.

The name is attributed to the recipe containing Savoiardi, also known as English cookies; what we know for sure is that this dessert has always been served and appreciated throughout the Langa, especially when paired with a good Moscato.

The second dessert, inevitable in the celebration of Carnival, are busìe (bugie); few people bake them, but many buy them: in fact, from now on you can find them in all bakeries in Piedmont!