Carnival is one of the most celebrated festivals in the world, a time when public identity can change and disguise itself: in fact, it is permitted to wear masks that conceal faces, which has been forbidden at any other time of the year since polis times.

According to the most credited interpretation, the word ‘carnival’ would derive from the Latin carnem levare (“to eliminate meat”), as it indicated the banquet held on the last day of Carnival (Shrove Tuesday), just before the period of abstinence and fasting of Lent.

There are also dishes related to this tradition with a playful nature, and one of the most famous in Italy are frisole, gale, gasse, cenci, frappole, galani, frittole, crostoli or bugie (or busìe) as they are called here in Piedmont.

There are many names that, in the various regions of Italy, take on chiacchiere, one of the carnival sweets par excellence.

However, let’s cut to the chase and discover with you the recipe for this delicacy:

Make a dough with the flour, one whole egg and one yolk, sugar, white wine, yeast, grated lemon zest and the butter that you have melted over a very weak flame.

Work by hand and obtain a firm, elastic dough; make it into chunks and roll out a sheet two or three millimeters thick using the special noodle machine or the classic rolling pin (pressia).

Cut the sheet into triangles, rhombi, circles and away with the help of a pastry cutter and the edges of a glass. In a high-sided saucepan bring the oil to a boil and dip a few lies in it at a time; take them out as soon as they have reached golden brown.

Place them on paper towels to remove excess oil and then on a tray and finally dust them with powdered sugar. There are also lies filled with jam: the most suitable is plum jam.

You deposit a spoonful of jam on one disc of dough and top it with a second disc, pressing with your fingers at the edges to seal. The lies are served cold. 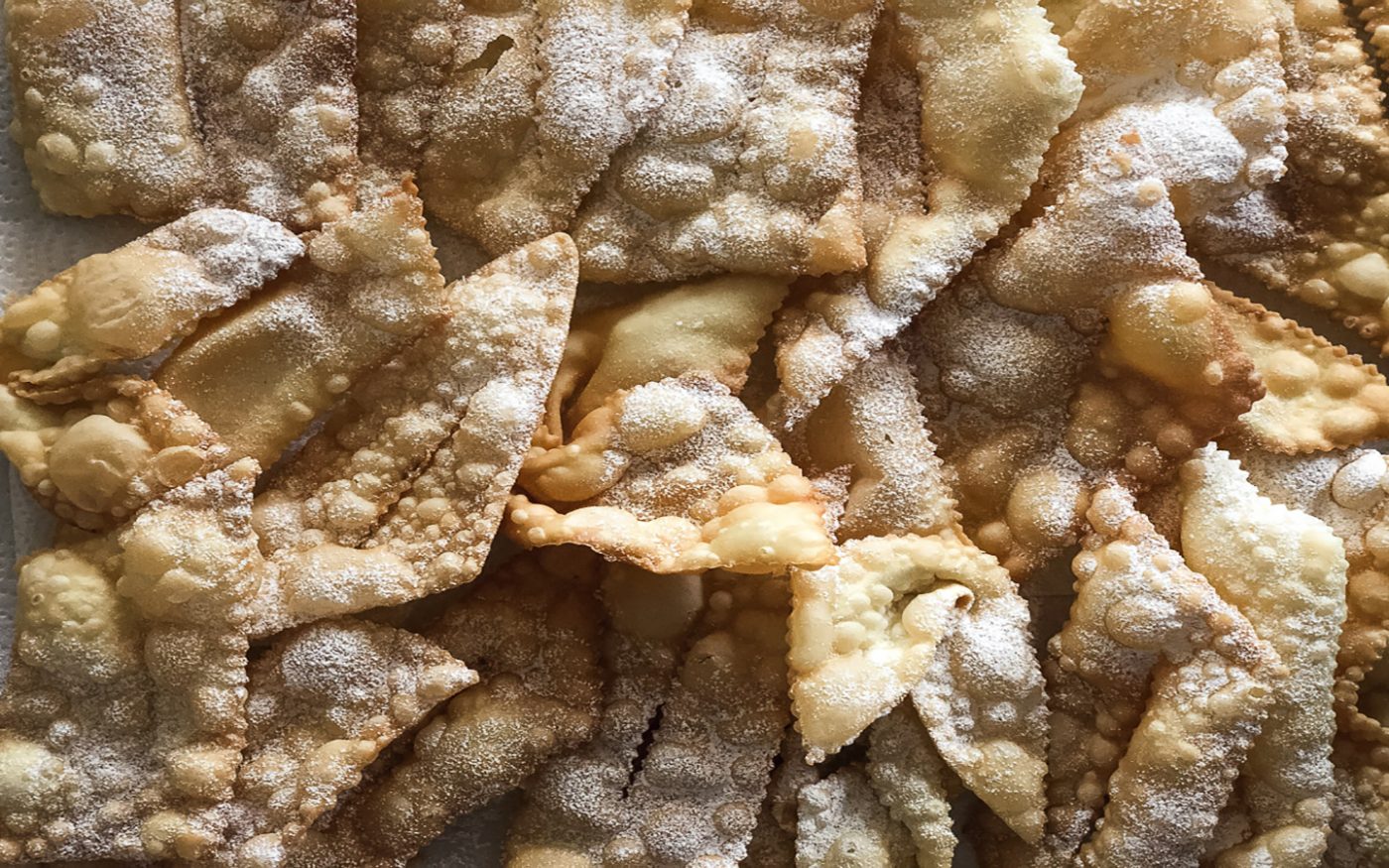 The characters of the carnival celebration have their origins in very ancient holidays, such as the Greek Dionysia or the Roman Saturnalia.

Initially the Saturnalia took place on December 17, later with the Emperor Domitian this holiday was extended to the 23rd. Saturn was the Latin equivalent of the Greek god Cronus, was dethroned by his son Jupiter and descended from Olympus to Earth and was welcomed by the god Janus in Latium.

Saturn decided to reciprocate this gesture with the Golden Age, that is, a period without war, famine and disease, consequently this festival was very dear to the Romans who were originally shepherds and farmers.

This is why the Saturnalia were held in the winter, in honor of Saturn, hoping for a good harvest for the spring, and during this feast the people were offered frictilia, sweets fried in the fat of pigs that were slaughtered at this time.

With the advent of Christianity this feast lost its pagan character and was moved from December to February to link it with and anticipate Lent.