In my previous work as educator/social worker I met a Roman by the name of Nemo; he too was an educator, with a busy life behind him, an intriguing and multifaceted person… After years I come across him once again doing a very interesting project: a film/documentary on Nascetta, an autochthonous white grape variety of the Langa del Barolo.

Hello Nemo! Can you tell us briefly who you are?

I’m an educator with a passion for narrative. I have a background in media education and I worked in the publishing field. I’m from Rome and I moved here in the Granda in 2007, because I liked the area.

Nascetta, this unknown grape variety. What was your first contact since you come from a totally different environment? How did you get the idea of telling a story about this variety?

The first time I drank this wine was at a party in Dogliani. This wine was presented to me with the traditional name of nas-cëtta (with dieresis on the e). “Nas -… what?” I was struck by its flavor, a taste that you wouldn’t expect from a white wine.

When I arrived here in the Langhe and became its “citizen” I wanted to have a good understanding of the wine, a knowledge that I would define “wine shop expertise” because I didn’t know very much about it.

I liked the idea of expressing this “discovery of ignorance” or “relative knowledge” of wine through a documentary. I mean that people where I come from who are often considered good wine connoisseurs  would have a lot to learn on the subject even from the most uninformed of the langhetti.

It’s sad to discover that you know almost nothing about something that you think you know and that’s what happened to me when I came here to the Langhe. 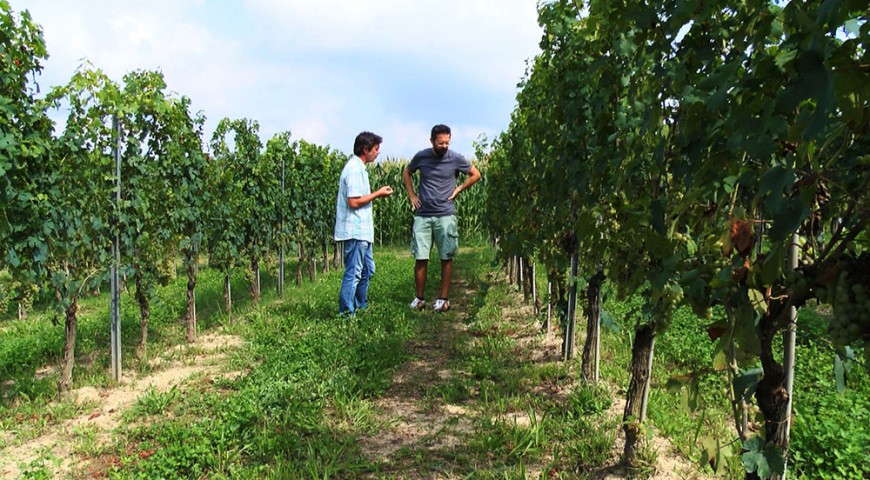 Who are your companions on this adventure? What are your roles?

Roughly a year after that tasting session in Dogliani (and after having “studied” a bit and after accepting the fact that my knowledge of wines was not only poor, it was practically nonexistent), I met Federico Moznich. In fact he was there too at that party in Dogliani, but we didn’t meet. He and Stuffilm, which he is a member of, at that time were making “Barolo Boys” directed by Paolo Casalis.

Another year went by and the idea seemed interesting to him so we started to work on it.

In February 2014 we started filming. Aside from me and Federico Moznich, who are writing, directing, and shooting most of the work there is also Fabio Mancari, Paolo Casalis and Alberto Cravero of Stuffilm, who took turns in shooting, sound recording, lighting, aerial shots, etc.

What message did you want to get across? What are your expectations?

We wanted to tell the strange story of the recovery of a native white vine, in the land of the great red wine: the Langa of Barolo. Our aim was to intertwine this story with the story of a person who moves to Piedmont from Rome, the nation’s capital.

We wanted to tell about the territory, the stories of the Novello producers thanks to whom this grape variety has not gone lost. And finally we tried to be as instructive as possible by providing a good deal of information that could be useful to the consumer of wine in general, and not just to get to know this variety, the Nascetta or Nas-cëtta, and its wine.

We wanted to hand out a bit of information, even playing with irony when it comes to consumers’ ignorance, but we didn’t do caricatures. For example we thought of the comedian Antonio Albanese who bows, gurgles a sip, and then says: “Yes… it’s a red!” 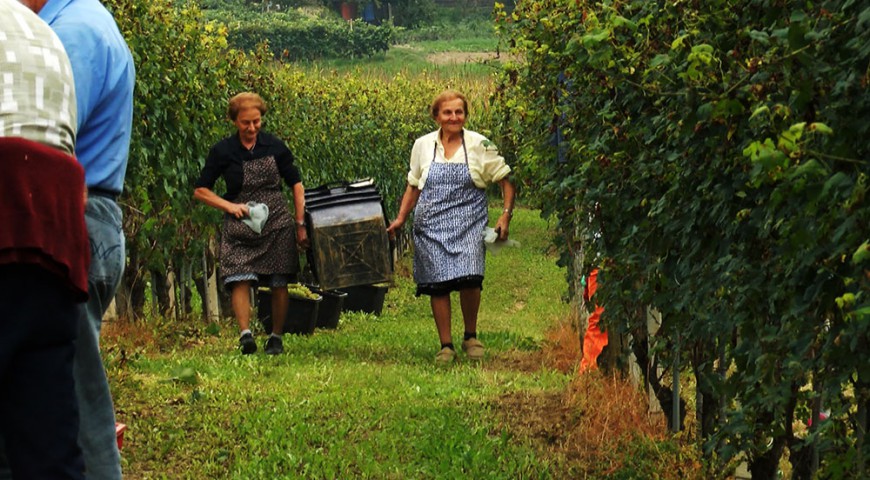 Last year, here in the Langhe, the unexpected film “E fu sera e fu mattina” (And it was evening and it was morning) was released: a film by the debuting director from Alba, Emanuele Caruso, which was shot mainly in La Morra. More than 40,000 tickets were sold at the cinema and everyone in the country was talking about this film which was not only low-budget but also self-distributed. Can you explain briefly your path?

We started shooting a year ago, knowing full well that we were in a period of crisis. We decided to carry on with the documentary by investing our time in it. It wasn’t easy because this is a story that takes place over the course of a year.

After having shot most of the work, we began looking for sponsors willing to invest in the project, but it wasn’t easy! We’ve managed to get some sponsors so far. There seems to be an interest in this project. We plan to be ready by the start of Expo 2015.

The documentary was designed from the outset for a foreign audience. We’re thinking of distributing this both to foreign television broadcasting and DVD production including subtitles in various languages. We are also aiming to participate in festivals. When the film is ready we’re going to launch it in cinemas as well.

You no doubt met many people such as wine producers or simply people who are part of this sector. What’s your opinion of this environment?

It‘s a very fascinating and varied world that was completely unknown to me. The Langhe is a territory whose identity is closely tied to wine. You’ll find micro-producers, winemakers (who do not produce wine) and large manufacturers in the documentary. There are different philosophies between the large and small producers, who exchange knowledge.

There is an enormous amount of work carried out in the vineyard, an attention to detail that sometimes borders on obsession, there is great love and great respect for the land and I discovered there is a lot of understanding that the wealth of this area comes from the land itself.

Certainly the Barolo Nebbiolo is a godsend to these lands, but this story of the ‘Nascetta’ producers, whose production is not particularly relevant from an economic viewpoint, gives us an image of sustainability, of local culture, of love for their local traditions.

I found this to be pleasantly unusual. Generally speaking, from what I saw, the world of wine seems a universe unto itself, a parallel society, which we could talk about for days.

In the documentary, we made the choice to dwell mostly on issues relevant to productivity, the biological aspects, land conservation and recovering traditions. The reason for this, as well, is because all the media talks about wine, but hardly anything of how it’s produced is mentioned: the people, processes, ecological care, history and sustainability. 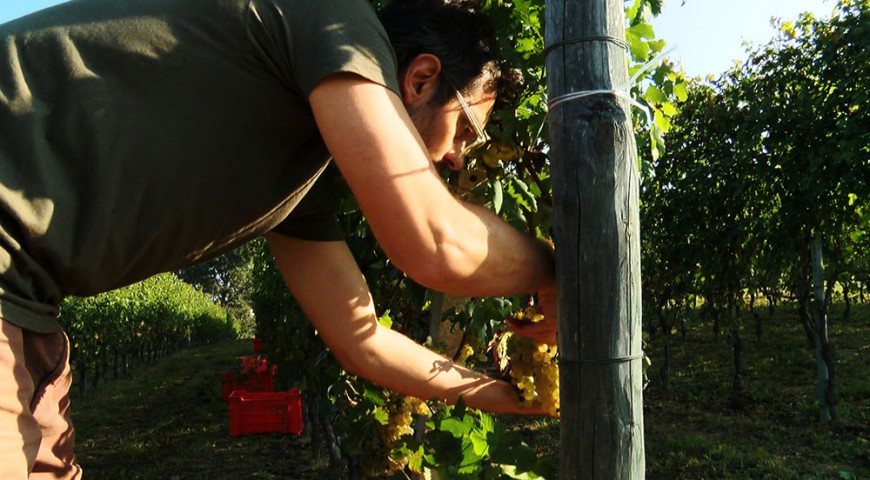 Recently, on the Cannubi road that goes up to Barolo, a new winery cropped up, which I would define as being bizarre (I still have to make my mind up about it). You’re now in the Langhe, recently considered as Unesco world heritage, and do you have and advice you’d like to share?

We often refer to UNESCO in the documentary. I chose to come to live in the Langhe almost eight years ago. One of the reasons I chose to do so is because of UNESCO’s recognition for “Outstanding Universal Value” of our wine landscapes.

I hope that the people of Langa Barolo understand that this recognition is an honor, an opportunity for sustainable development, but also a greater obligation for the respect of this land, both on a small everyday basis and on a larger economic and ecological basis.

I’ve seen this winery you’re talking about built in the last (I think) two and half years. Its shape reminds me of two wooden boxes for bottles, one above the other. I’m not an architect, but it doesn’t seem like a bad idea.

I’ll know if I like it after I get used to it. I’ll no doubt go have a look  inside. I honestly think that any architecture derives from its cultural climate. The aesthetics, whether they be elitist or popular, are variable even within a few years. In this case, I think judging it would be wrong in principle. 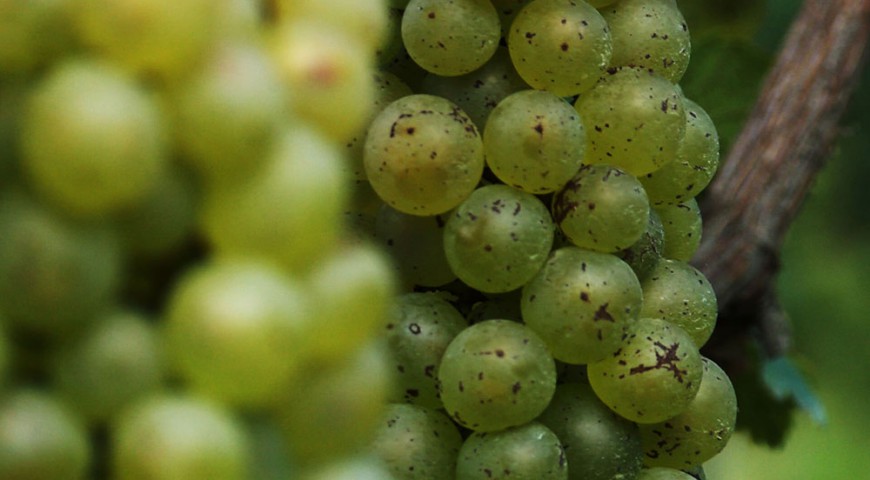 Bid farewell and tell us why we should come visit you at the cinema to see the movie:-)

I hope you come see Nascetta Story because it tells the story of sustainable and productive farming; it talks about a territory’s vocation, the wonders of discovering the Langhe Barolo hills and its scenery. And it talks about the naivety of those who think they know wine.

I don’t wish to exaggerate, but I think it’s the only documentary film in which you can follow the vine growing and developing right through the four seasons. We’ll tell you about the farmer’s and producer’s work right up to the bottling of the wine; we’ll show you the Langhe in all the variety of its colors during the course of an entire year. We hope to see you there for the first screening in spring!

Meanwhile, follow us on nascettastoryblog.wordpress.com and on our Faceboook profile.