4Since its Roman origins, Alba has always been a city inclined towards commerce.

The local markets and celebrations have a history that has been going on for centuries.

Initially they had a religious purpose, then with the Constitution of the Albertine Statute (1848) these events became purely of a civil nature.

The city’s commercial nature became increasingly stronger after the prosperity brought upon by the Unity of Italy.

In the early 1900s Alba saw considerable development, particularly in the left part of the Tanaro river.

This is why in 1925 the Frazione Mussotto obtained the municipality’s approval to organize, at the beginning of September, an annual holiday to celebrate livestock.

Three years later, during a meeting of all the major cities in the province, Alba too asked for, and obtained, the permit to set up its own autumn holiday.

The first Alba Fair was established as the Harvesting Festival.

Given the vast area available for the celebrations, it was decided to unite the festival with the Mussotto feast which, in the meantime, grew considerably and needed to find new space.

In addition to exhibiting the typical Mussotto livestock, the town of Alba was ready to host various types of popular events and exhibitions, including one entirely dedicated to truffles.

The relation between truffle and the city of Alba

The truffle entered the history of this area in a very natural way, in ancient times: triffole or tartuffoli were one of the regular Communities’ expenses, made each year to honour lords and feudatars by giving them the precious mushrooms.

But truffles were bought also by simple farmers, and when in 1741 count Carlo Giacinto Roero from Vezza tried to disciplinate the truffle market, the local Community reacted vogorously.

The rural proclamations tried to impose a tax on each excavation, but the peasants defended themselves by declaring that the good they got from their lands was necessary to make up for the payment of taxes.

It’s clear how closely truffles were linked to farming economy. 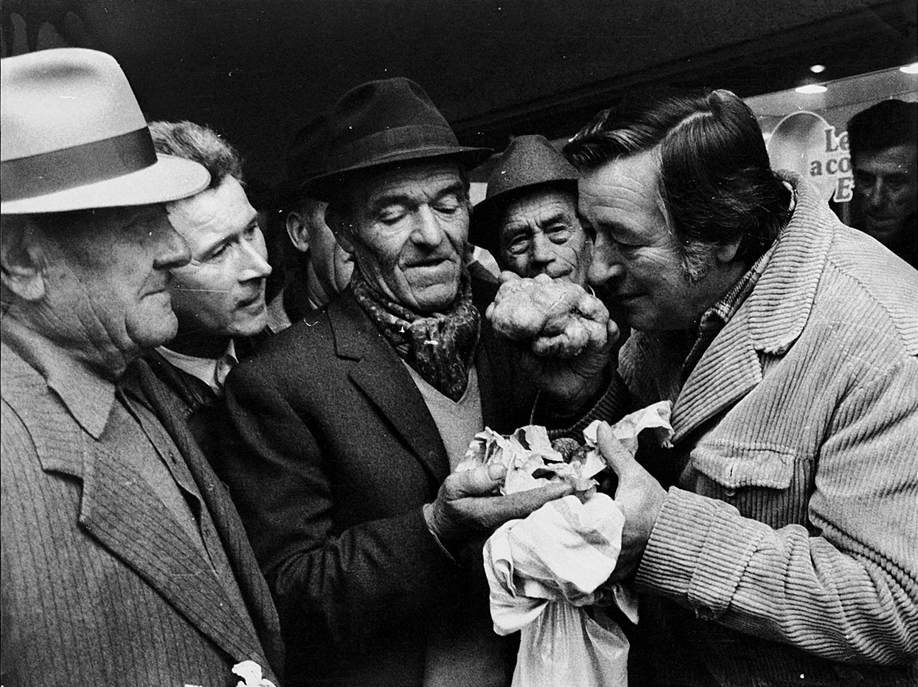 The trifulau (truffle hunters) at the fair

The 1928 truffle exhibition was created by the hotelier and restaurateur Giacomo Morra.

He decided to give value to this excellence, recognizing its great food and wine and tourism potential and used the term “Alba Truffle” for the very first time.

The success of this initiative was so great that it became a permanent event, and introduced a prize for the best truffle.

The “Exhibition sample fair, with prizes, of renowned Langhe Truffles”

The following year, in 1929, the first “Exhibition sample fair, with prizes, of renowned Langhe Truffles” was organized.

It took place in late autumn, one month after the Harvest Festival, so as to favor the maturation of this hypogeum fungus.

In 1932 the fair, as it was fully developing, consolidated its ties with the typical products of the area and in particular with wines.

During that year Pinot Gallizio launched the Donkey Palio (Italian content only), the farcical donkey race created to give the Truffle Fair importance and to mock the Asti Palio. 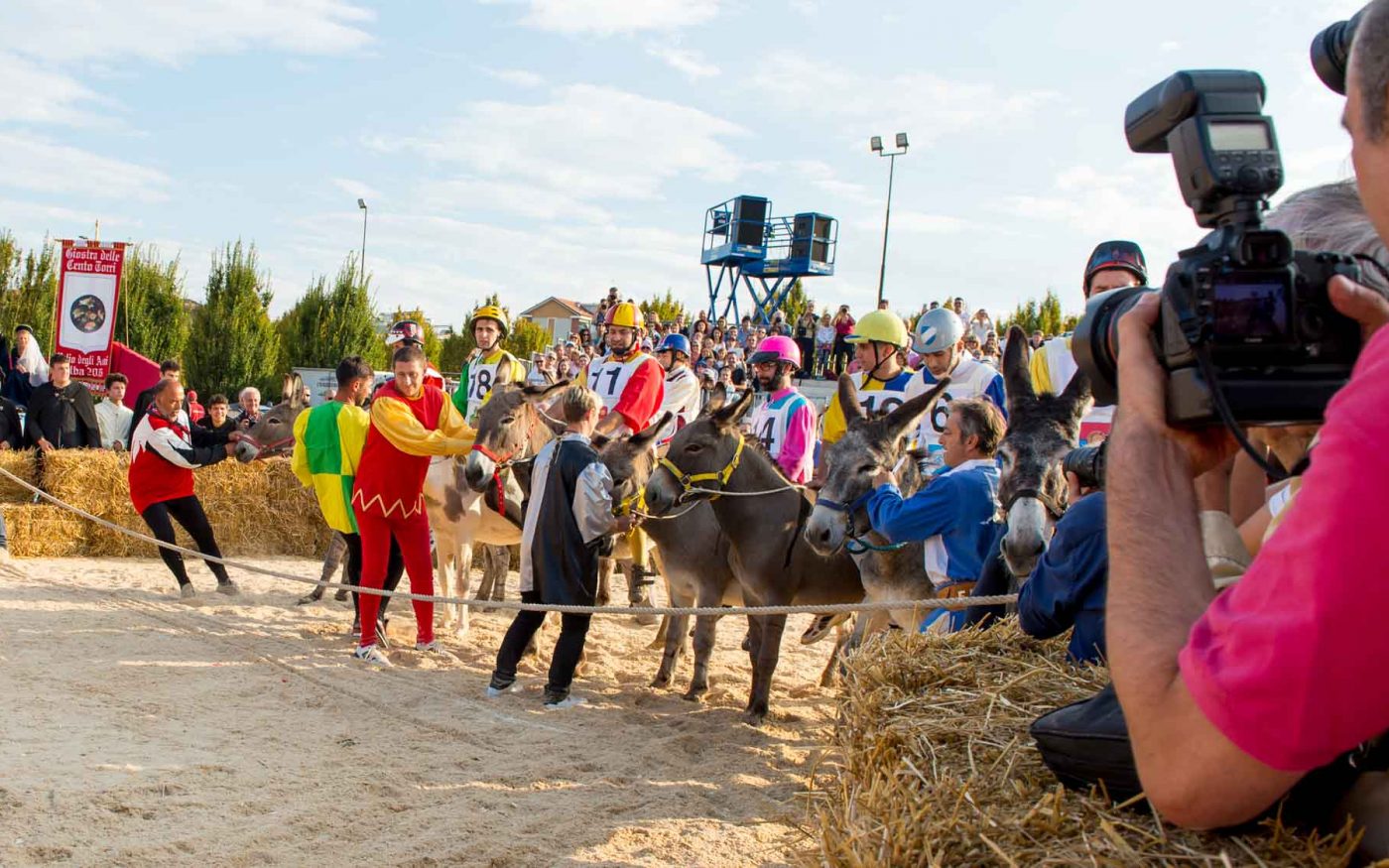 The departure of the Donkey race

In 1933 the Truffle Fair officially replaced the Autumn Festival.

Each passing year the citizens and people living in the area awaited the fair with great expectation, and the event became richer and richer.

The side events kept increasing, thus keeping the event lively for numerous days.

The first tourists were attracted by the musicians who paraded in the city streets and by the restaurants that offered truffle-based dishes in what had been, until then, a small town fair.

The fair was suspended during the war years, yet it was re-launched in 1945 as a testimony of the desire of the people from Alba to resume their ancient customs.

The event imposed itself with the same splendor and spirit as previous years, earning the title of “provincial event”.

Around the 1950s the event organizers decided that it was time to promote it even further by showing it on TV so as to make it known to a wider public.

During the next decade, the cultural events became more varied so as to attract more visitors and tourists.

The history and tradition of local communities were added to the food and wine aspect of the event.

From the 1970s onwards, the Fair continued to maintain its prestige and the people attending the event grew year after year.

And as a result, in the late 1980s, the fair moved from provincial to national.

Time moved on and the people from Alba felt that something had to change.

So in 2003, the Ente Fiera Nazionale del Tartufo was created: a body that brings together the forces of the City of Alba, the Alba Association of Commerce and the Giostra delle Cento Torri.

This new organization enables the Fair to reach its maximum splendor.

In 2007 it was awarded the title “Alba International White Truffle Fair”, and today it is one of the city’s most important events and a world showcase for Langhe, Roero and Monferrato.

The International White Truffle Fair is without a doubt Alba’s main event, an unmissable appointment for lovers of both this prestigious mushroom and wine who want to visit the Langhe and the Roero regions.

The numerous events (Italian content only) organized at the fair are held during the months of October and November.

> Discover all the events at the Truffle Fair  (Italian content only)

If you’d like to learn more on the subject and visit the Langhe during the fair, don’t miss our Special: all you wanted to know, but never dared to ask! (Italian content only)

> Go to the Truffle Fair Special (Italian content only)

The perfect spots for your picnic between Langhe and Roero

The best places for a picnic or snack in the meadows

A picnic in the fields

what to do in Langhe on easter weekend