I intended to publish this article on March 8, for Women’s Day, but the known causes of force majeure led me to its postponement.

I nevertheless decided to publish it today because it remains a tribute to the great women of the Langhe: both those whose name is well known, and those who achieve things “in secret”, and who have had to make their way in the world in particularly difficult moments.

And also, a tribute to the stubborn character of the Piedmontese and Italians, who continue to struggle in the face of difficulties.

Women and Wine, the voice of the Langa, Roero and Monferrato producers

The aim of “Women and Wine” is to be a column that gives voice, from time to time, to a female figure in the world of oenology and viticulture in the Langhe, Roero and Monferrato area. A woman chosen for her tenacity and courage and who, in our opinion, has something to teach.

How male-dominant is the world of wine today? Is there still some trace of the “roles” established in the past? Without knowing the answers, yet with a keen interest in asking the questions, we interviewed some of the best known women in this sector. 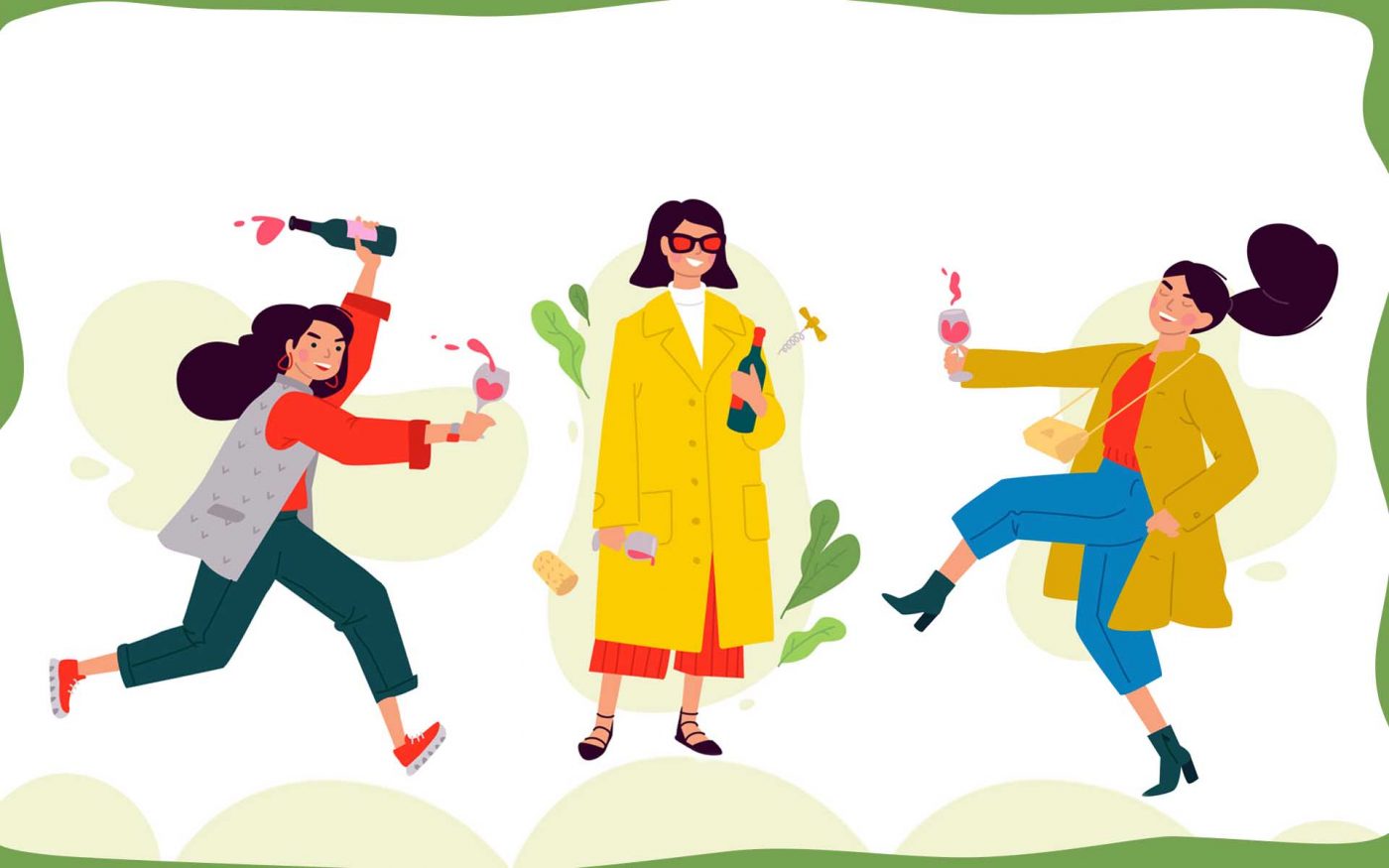 Well Barbara, I suggest we start by talking a little about you. Can you tell our readers: who you are, how long you’ve been working in the world of wine and how you got involved?

Barbara – Well, I’d say that before talking about me and my story it is necessary to retrace that of my parents, from which the Gatti Piero company was established and from which I inherited this profession.

The first true woman of the winery was my mother: I never would’ve made it without her example.

My family has always lived in the area of Moscato, an ‘easy-to-sell’ grape that my grandparents were already cultivating for large local industries. In 1988 my father and mother decided to do things on their own and opened a small winery. In the meantime, the market continued to grow and production expanded: they were good years for the economy in general, so carving out a space in the market wasn’t that difficult.

Unfortunately in 2000 my father passed away, and my mother, who until then had mainly helped him from an administrative point of view, convinced herself to run the company on her own, despite all the difficulties. In fact, she was the first true ‘winery’ woman. 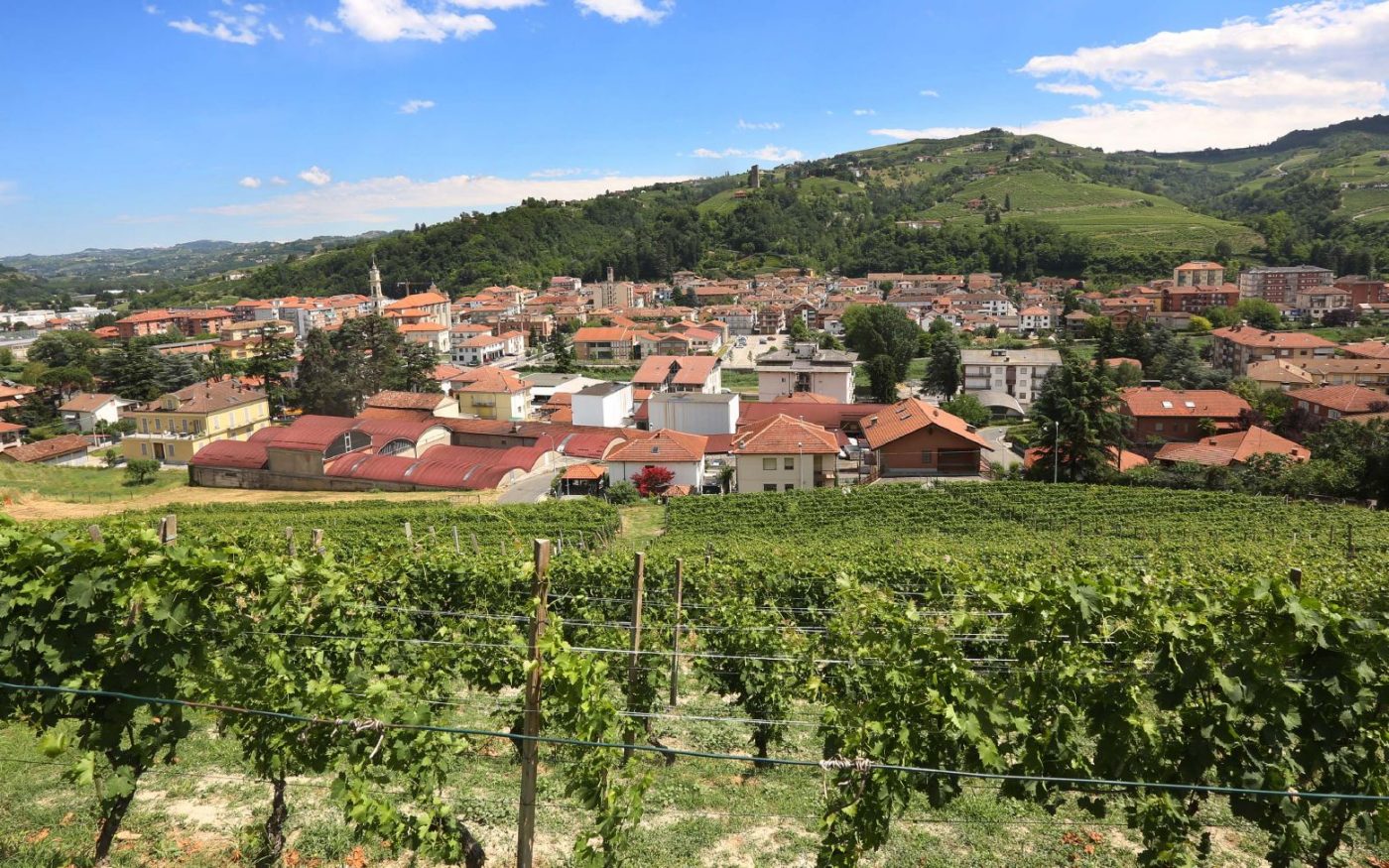 Can we therefore say that it was the desire to help her that got you closer to this profession?

Barbara – I’d be lying if I were to say that I always dreamed of becoming a wine producer. After high school I attended the University of Languages, without having a clear direction in mind for my future.

When my father passed on, I realized the usefulness of my course of study in the field of wine and thus decided to help my mother, who had already sacrificed a great for the company.

Today, I manage it from almost all points of view, yet without my mother’s help, and example, I would never have made it. So yes, let’s say that it was a series of events that led me to where I am today, however, right now, I couldn’t imagine myself elsewhere.

I’d be lying if I were to say that I always dreamed of becoming a wine producer. It was a series of events that led me here.

When you mention the “difficulties” your mother encountered in taking over the company, do you believe that they, in part, were due to her being a woman?

Barbara – Twenty years ago no one was surprised that women took part in the bureaucratic and commercial aspects of a winery, that they participated in events and took part in the tasting sessions.

The real shock for the “barot” (farmers with a slightly bigoted mentality, ed.) in the area came when they realized that both she and I had the intention of running the vineyard.

That is the only aspect of production in which, in my opinion, some discrimination still persists, even if the situation has certainly improved compared to a few decades ago. 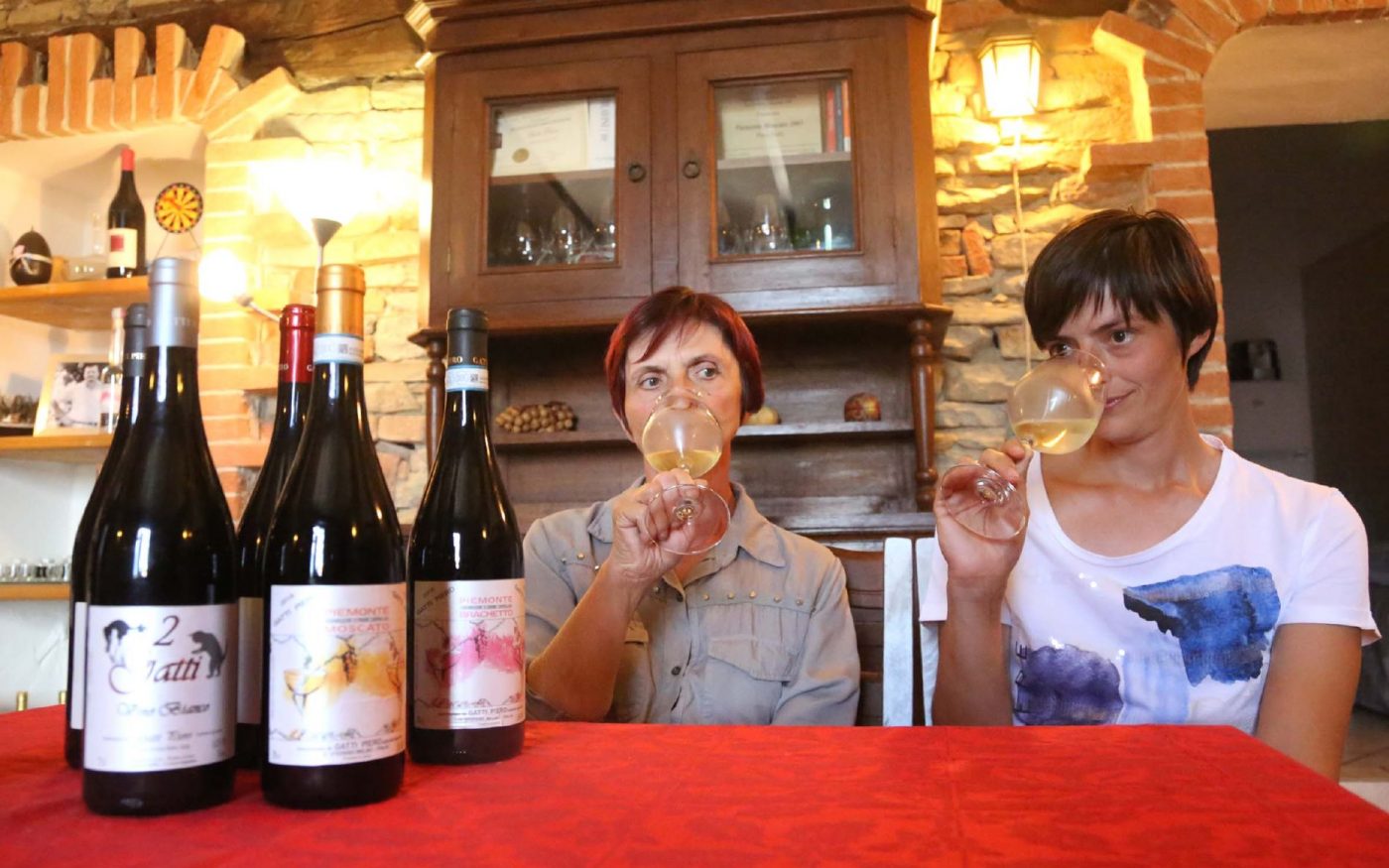 Why do you believe the situation has improved?

Barbara – In part, the difference compared to the past is technology: no doubt, there’s still hard work to be carried out in the vineyard, it’s backbreaking at times, but the machines make the work much easier and make manual labour not as necessary as in the past.

An example: when I hire the cooperative to help me harvest, I always explicitly ask that they send me people of both sexes. This is because, particularly during the harvest, women are faster and more precise (and thus far no one is surprised, ed.), while most men do not like this job, they get fed up quickly.

They’re still the best, however, as afar as loading and unloading crates… you should never be afraid to ask when you need help :-)

Female-owned company? For some a distinctive trait like “organic” or “integrated pest control”

Nowadays in Piedmont, but I believe everywhere, there are many women who produce wine. I wonder, do you think there is still some discrimination against a winery based on the person who manages it?

Barbara – The discrimination ends the moment people stop being surprised. Is there any need to even mention the fact that the producer is a woman? Yet if you look for our winery on Google, there are sites that define us as a female company, almost as if it were a distinctive trait like “organic” or “integrated pest control”. “Female-owned company”, with the symbol on the side.

Why is it that the sex of the owner, or the staff’s sex, is never stated on clothing store sites? I don’t see why there should be any difference. 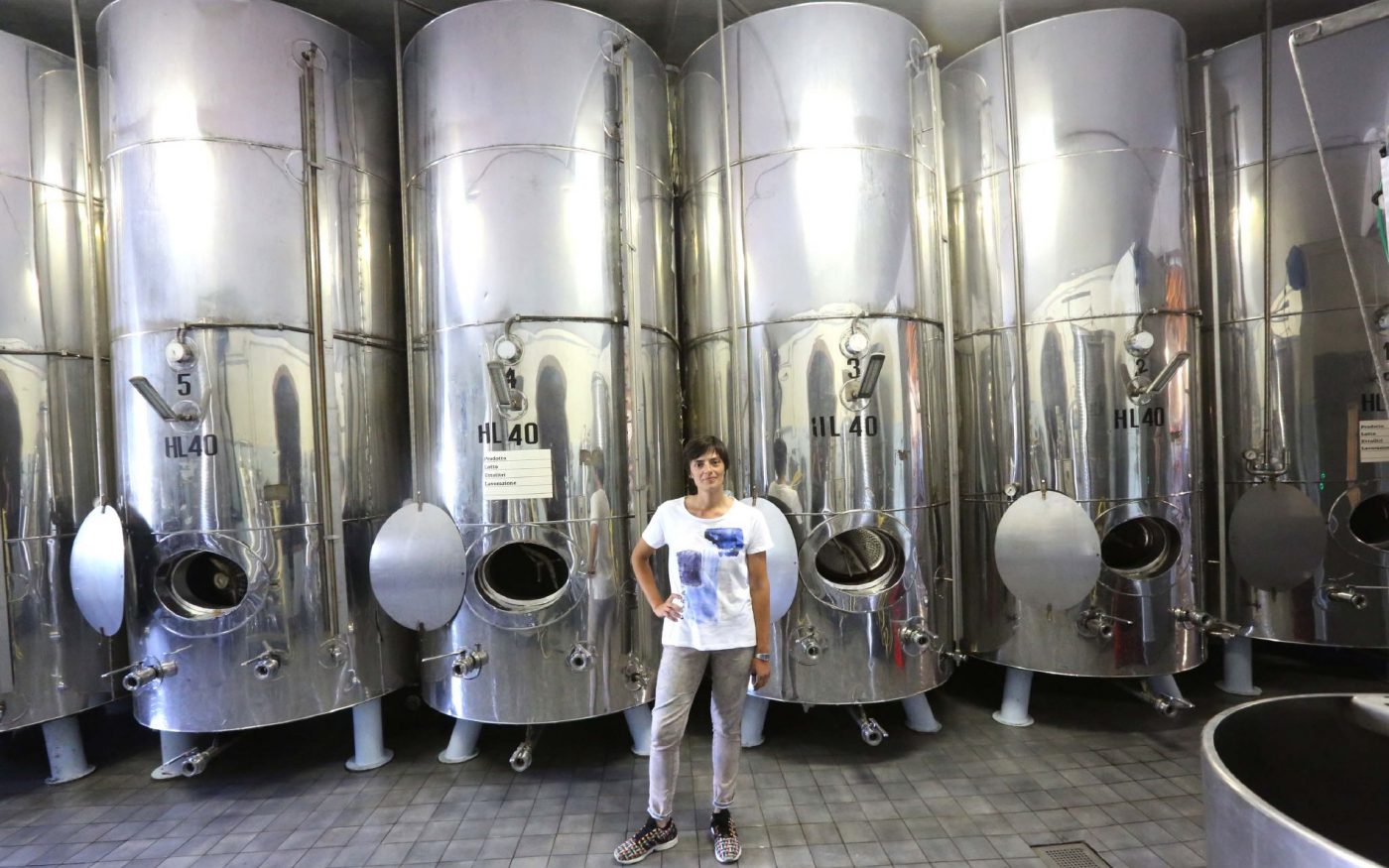 So, would it be better to stop talking about it?

Barbara – Or perhaps talk even more about it, until it becomes a normal, obvious, known thing. I think talking about “wine and women” helps to raise awareness and make it a topic on the agenda, so that you never have to highlight it again as if it were a rarity.

However, we’re lucky in Piedmont from this point of view: the wine school helps a great deal. Today, there are almost the same number of female students as there are male students, therefore just as many agronomists, sommeliers… the female presence is growing rapidly.

Last question, which refers to this last point: do you believe in the so-called “women’s tastes” in terms of wine, or is it an urban legend?

Barbara – I believe that tastes in wine depend on experience. The palate needs to be taught, always. There are people who are born with better senses, others who will always struggle to grasp wine tasting notes, yet nobody is born ready to understand a Barolo, for example.

Be women in life, but producers in the winery!

What is usually referred to as ‘women’s tastes’ is simply the tasting ability of an inexperienced person, who doesn’t have much tasting or drinking experience. Perhaps, this derives from the fact that once women rarely drank and as a result preferred simpler and sweeter tastes.

Well, I would say that’s all! Thanks a lot Barbara. Do you have anything to say to future Women and Wine?

Barbara – Yes: it may seem trivial, but never let anyone tell you “you can’t make it”. Study, taste, travel and try not to give any importance to your sex: be women in life, but producers in the winery!