The first certain quote with reference to the Barolo wine as we know it today, and not the sweet, rose-scented type that was produced in the past, dates back to 1865. But if we delve into the past is it possible to establish a date prior to 1865? And is it possible to identify the wine cellars where this wine was initially produced?

Well let’s begin our journey into the prehistory and archeology of the Barolo wine to see what has remained of its places and memory. Do the buildings, wine cellars, barrels and vats, containers and machinery still exist? If so, in what condition are they in? What do they represent?

We tried getting answers by way of oral memory of the Barolo wine. First of all, how was it handed down from generation to generation? At what levels? Is the past of the ancient Barolo traditions, the places, the people and the vineyard and the winery practices still documentable? What was the timing and the priorities? How can we avoid errors or approximations?

But above all when speaking with our colleagues, producers and enthusiasts we tried to establish something real and authentic about the birth of the Barolo wine: where and how it was really made? By who? With what innovations?

… a long row of carts pulled by oxen entered Turin… one of those long, flat barrels with a capacity of six hectoliters, called carrà, was on each cart… There were more than three hundred…”.

The wine in question was the Barolo wine that the Marchioness Giulia Faletti Colbert had sent in tribute to the King of Piedmont and Sardinia, Carlo Alberto of Savoy. It seems that the wine was a huge success although, in all likelihood, it was still the old, rosy and sweet kind. Let’s have a look at the wine cellars of the Marquis of Barolo, previously known as Opera Pia Barolo, legitimate heirs of the Marchioness Falletti Colbert.

The first doubt: where was the initial Barolo wine produced? Some mention the Volta castle located above the town of Barolo, though nothing now is left and the building itself is in a very poor state.

Furthermore this hypothesis is somewhat weak: a castle, originally built for military or living purposes, doesn’t have premises that are suitable for making wine. Finally – if oral tradition is confirmed – the amount of Barolo wine that the Marchioness sent to King Carlo Alberto was considerable, roughly three hundred carrà; each containing 6 HL, therefore 3,600 wine kegs.

In 1830-35 where could a wine cellar with this amount of wine be found in the Langa area? Perhaps one of the many farmsteads owned by the Marchioness Falletti – Colbert.

The nebbiolo grapes from the Serralunga vineyards were vinified by the Marchioness in the wine cellars of the Agenzia di Serralunga (the Serralunga Agencies), which she owned.

The grapes from Barolo and surrounding area vineyards were vinified in Cascina del Pilone, now the seat of ancient wine cellars belonging to the Opera Pia Barolo. They are located in Barolo and as of 1929 they are owned by the Scarzello and Abbona families. 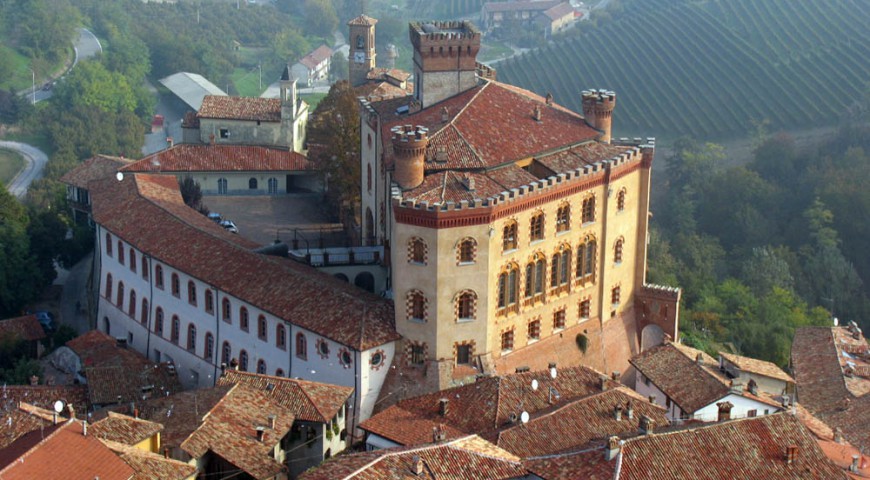 The building can be dated back to the eighteenth century; as the Barolo name became more widely known the first expansion took place to meet new needs, in fact this was the Marchioness’ Barolo agency.

There is a beautiful photograph (dated the beginning of the century) of this building in the text quoted by Don Massè. It is aptly called “agency” in the caption. During this century the building underwent inevitable expansions and renovations although the its beautiful external structure remains unchanged.

The shrine still exists on the road from Barolo to La Morra. Upon entering the quaint courtyard one can breathe a particular air: the history, the importance, the true tradition of Barolo seem tangible, they surround you. You’re emotionally involved. And the nineteenth-century wine cellars are still to this day being used for  aging the Barolo wine with the famous “Marchioness barrels.” A true monument to nineteenth century wine archeology. 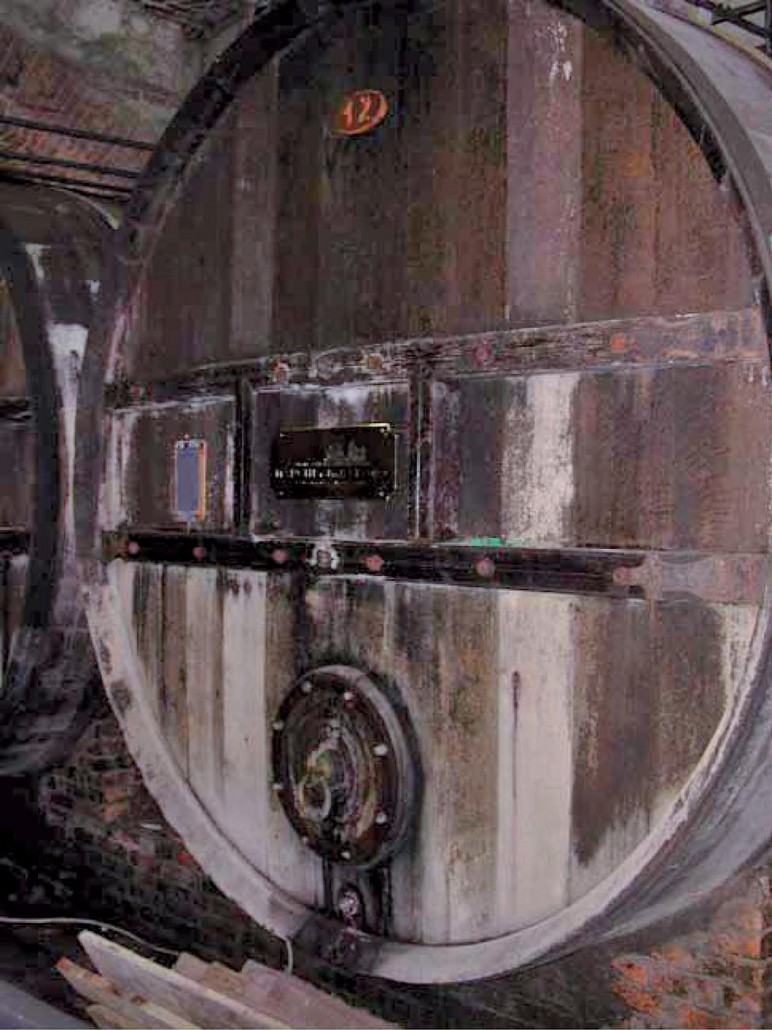 The Giacomo Borgogno e Figli house dates back to 1761, as documented in the Barolo parish registers. In 1848 it supplied “black wine” to the families of the Savoy army officers in Racconigi.

The register details specify the characteristics of this wine: healthy, colorful, not weak, not warm. The exterior of the building is quite probably still original, as it was in 1761, but very little has been left inside.

After the war, everything was renovated to meet new business and production needs. Nevertheless there are still some interesting structures which, for information purposes, are the oldest structures where Barolo wine is produced.

A room, 35 by 6 meters, with an elliptical vault was the ancient cellar; a tombstone clearly shows the date – 1761. Inside we find a mysterious oval coat of arms with the letters GHM. Four old 190 HL barrels are still active and testify the history of this company: flat surface with double key, bronze faucets, sawn oak slats which can be dated around 1900.

Adjoining this room we find another room  of the same date, a small museum of the bicentennial house; worth noting are the wicker and tin sample holders and a rack with 7,000 bottles of Barolo vintage 1961. We will next be discovering more about the elusive Barolo in two extraordinary towns: Serralunga and Verduno.