We had often stopped right outside the gates of Sylla Sebaste Winery near the chapel of San Pietro in Barolo. It is a perfect outdoor location to start a hike from, relax, soak in the sun, and have an Italian style picnic.

I had always wondered what the winery was like across the way and this time I decided to go find out myself.

It was a beautiful sunny afternoon and while we waited for Fabrizio, we got to watch the vineyard workers diligently pruning the snow dusted vines with the stunning Alps in the backdrop. 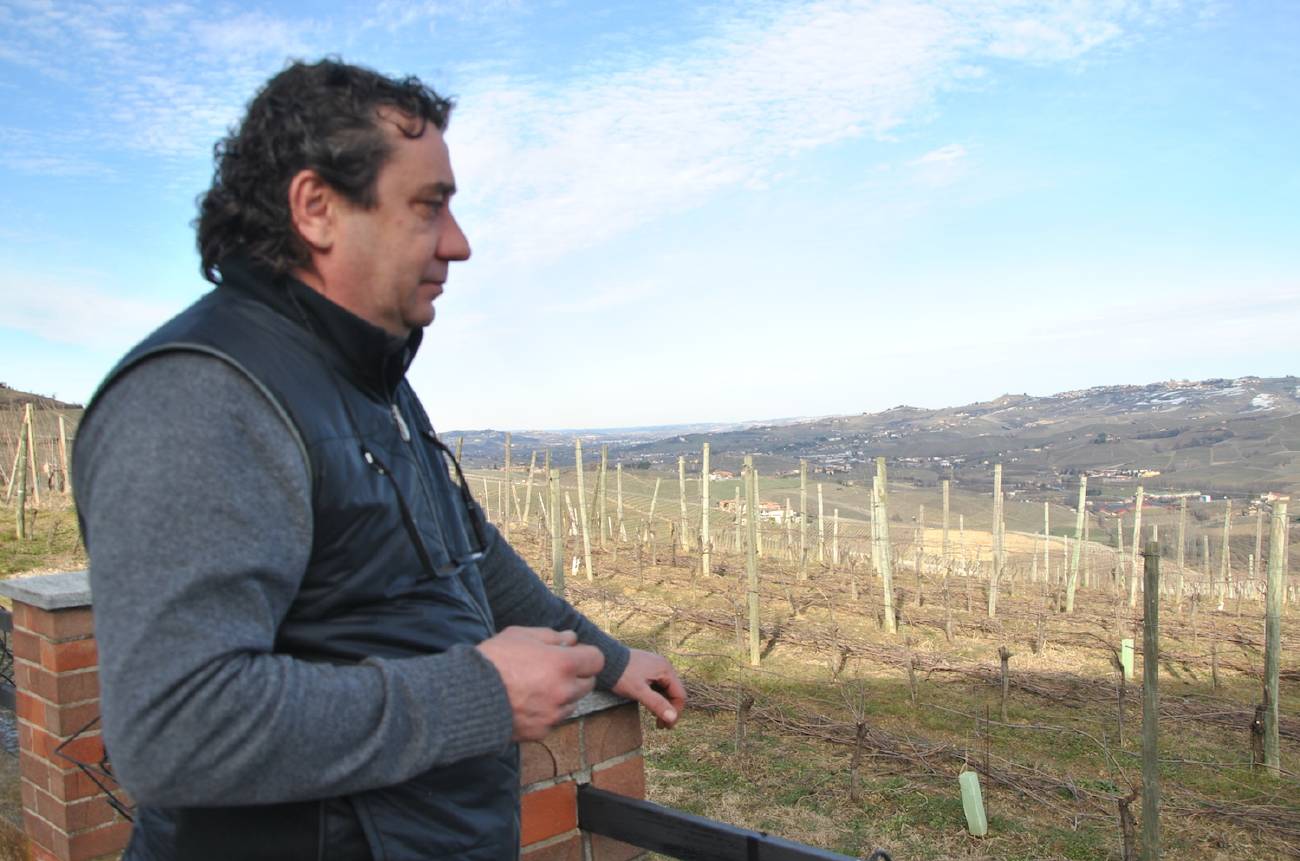 Finally Fabrizio, a jolly man, came to greet us and showed off his beautiful view of the Langhe valley. He told us about how the winery had suffered from neglect and different ownerships until he took it over in 2000 with his uncle.

Fabrizio had no previous experience in winemaking yet had a love for drinking wine and took on a new enologist in 2009.

Fabrizio was wise enough to invest, and clean up the vineyards and cellar. He showed us the enormous 75 hectoliter botti where he ages Nebbiolo for Barolo. I am a sucker for those huge barrels!

From there, we proceeded into the spacious and newly designed tasting room which was big enough to hold numerous groups.

The coolest thing I saw was a giant cabinet made from a giant wine barrel “tino” used to hold the wine glasses. Then he generously brought out a few wines to taste with some delicious soft cheese and salami. 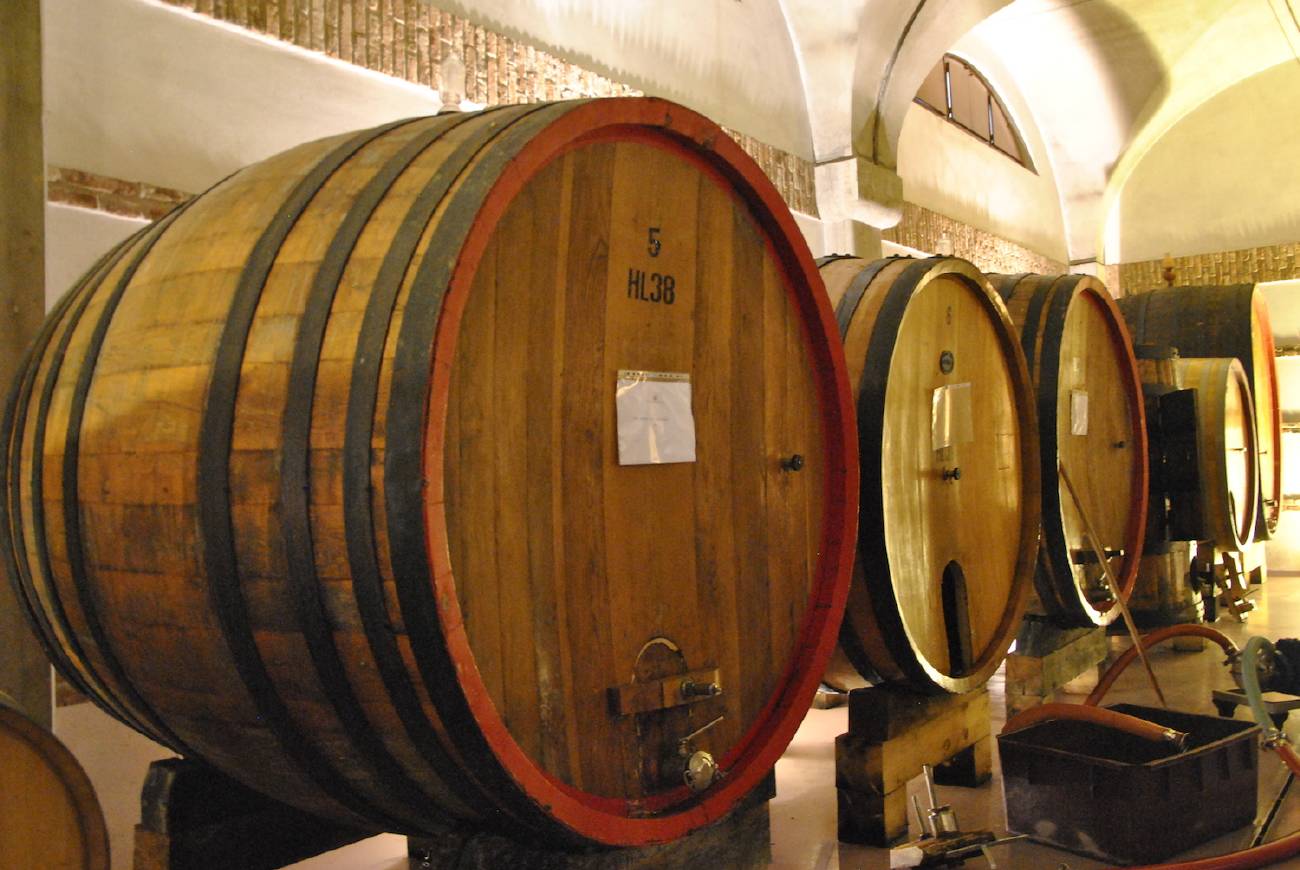 I went into the tasting with no prior knowledge or research about their points, reviews, and reputation. This way I could make my own unbiased judgements and I was pleasantly surprised. I especially loved the stories that Fabrizio told me about each of his babies, his wines.

He looked at me and said, “vuoi assaggiare qualcosa di particolare?” and with no hesitation I said, “yes”!

This unique wine was Rosis, a rose made from Nebbiolo coming from the grapes which are dropped after the second thinning. He originally wanted to make a sparkling wine but once in the cellar, the aromas were just so amazing, they decided to make a rose. 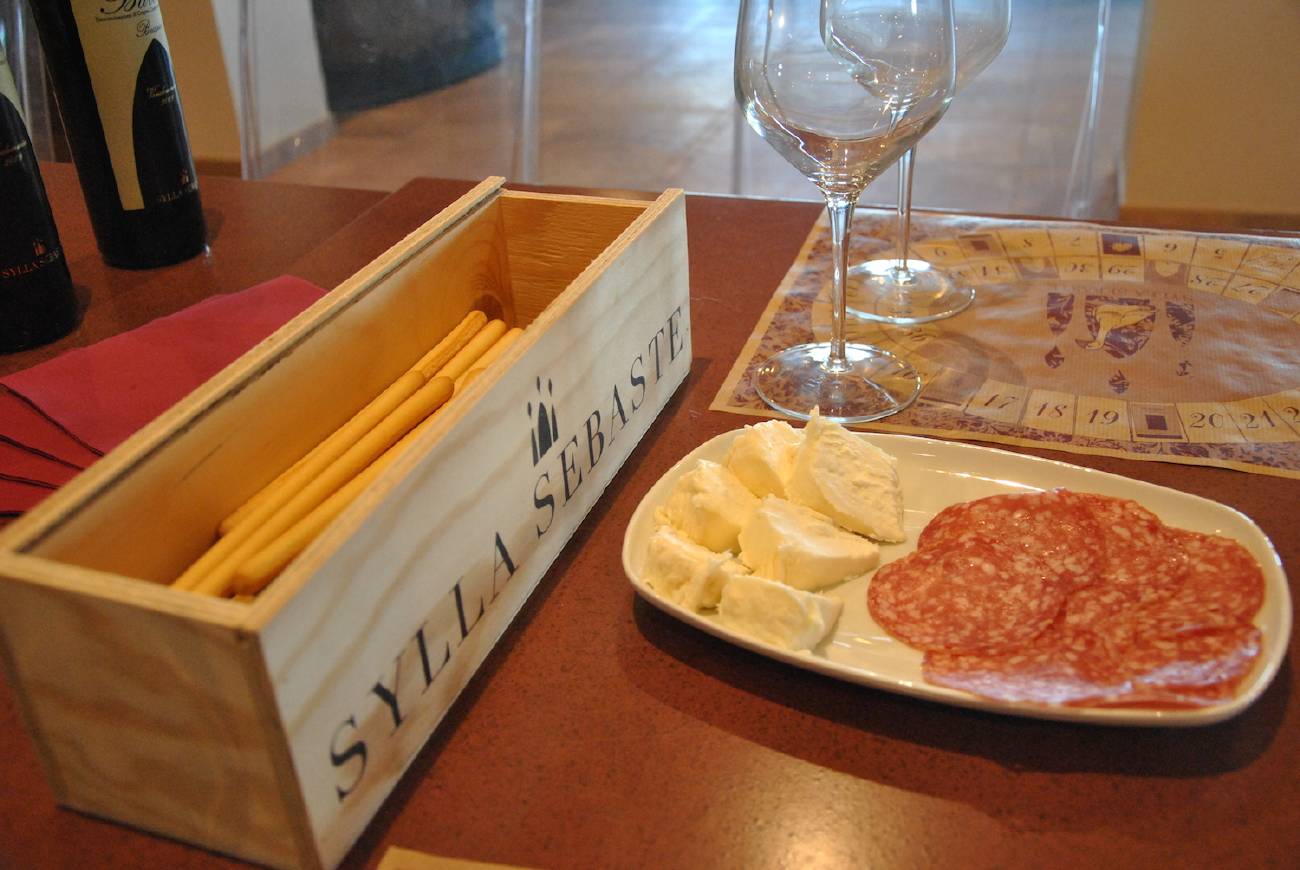 Salami and cheese during the wine tasting

Next came the Nebbiolo, with another story to tell. After spending time with a dear friend in Modena and trying real balsamic vinegar, Fabrizio had the idea to use cherry wood barriques to age part of his Nebbiolo! This way, you could still taste the Nebbiolo’s strong character but get a drinkable and rich wine at the same time, with notes of black cherry, sweet perfumes, cinnamon and cloves.

Cherry trees have been important in the history of Langhe because they were used to mark and divide the neighboring plots of land.

Then it was time for the Barolos. His most current release is one year behind the standard and therefore only had the 2009 to serve us. It is aged for 36 months in oak, 6 in stainless steel and 1 year in the bottle.

Fabrizio is lucky to have the only part of the famed Bussia cru (almost entirely in the town of Monforte) which barely runs over into the commune of Barolo. The soil makeup in the Barolo part of Bussia is made up of white clay and sand, giving it an earthy and chocolatey feel.

This particular vintage is Fabrizio’s first true Barolo entirely made by him. Some of the vines here are even 60 years old which means they naturally green harvest themselves, resulting in very balanced wines. 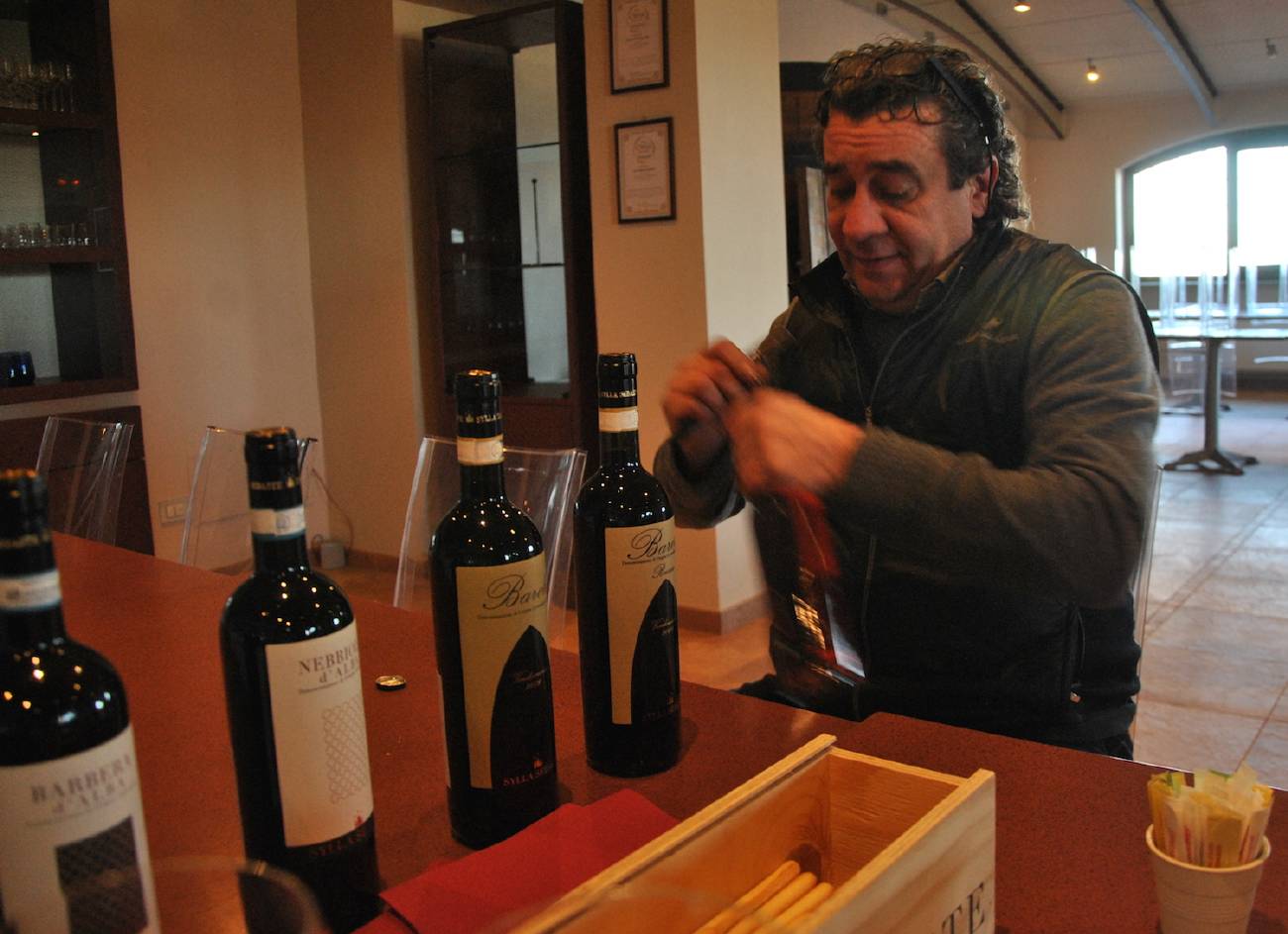 Fabrizio Merlo during the wine tasting

I came out of this tasting so enthusiastic about this winery. The view is outstanding, the winemaker friendly and the wines are intriguing! At less than 30 euros per bottle of Barolo, the value is even a plus.

What I loved about Sylla Sebaste was the personal feel you get when visiting.

They are taking the right steps to collaborate with the community, organize events and even offer the possibility to eat lunch by calling in a chef in order to give you the best experience possible.

If you are also interested in visiting Fabrizio from Sylla Sebaste, click here for a winery appointment :-)