Giuseppe Fenoglio (known by all as Beppe) was born on the 1st of March 1922 in Alba, an episcopal city with its own court and a rich and lively market that gathers all the products of the land of Langhe.

The eldest of three children, son of Amilcare – a man of socialist orientation who moved to the city from the surrounding countryside to work as a butcher’s boy and later opened his own butchery – and of the practicing Catholic Margherita Faccenda.

Two distinct worlds that modulate the young future writer’s perception of reality in a jagged but decisive way.

He faces the Gymnasium and the Lyceum with some economic effort on the part of the family (a classical education was at the time reserved for children of doctors, lawyers, notaries, etc.) that was tho well balanced by the outcomes of his study and the encouragement of the teachers.

Scar of those years is the social stigma on the part of his classmates, who mock him for his origins: some mornings, for example, Beppe passes in front of the school with the meat cart, resulting in mockery and derision.

Probably the downfall of this is the development of a form of stuttering which then fades with adulthood. 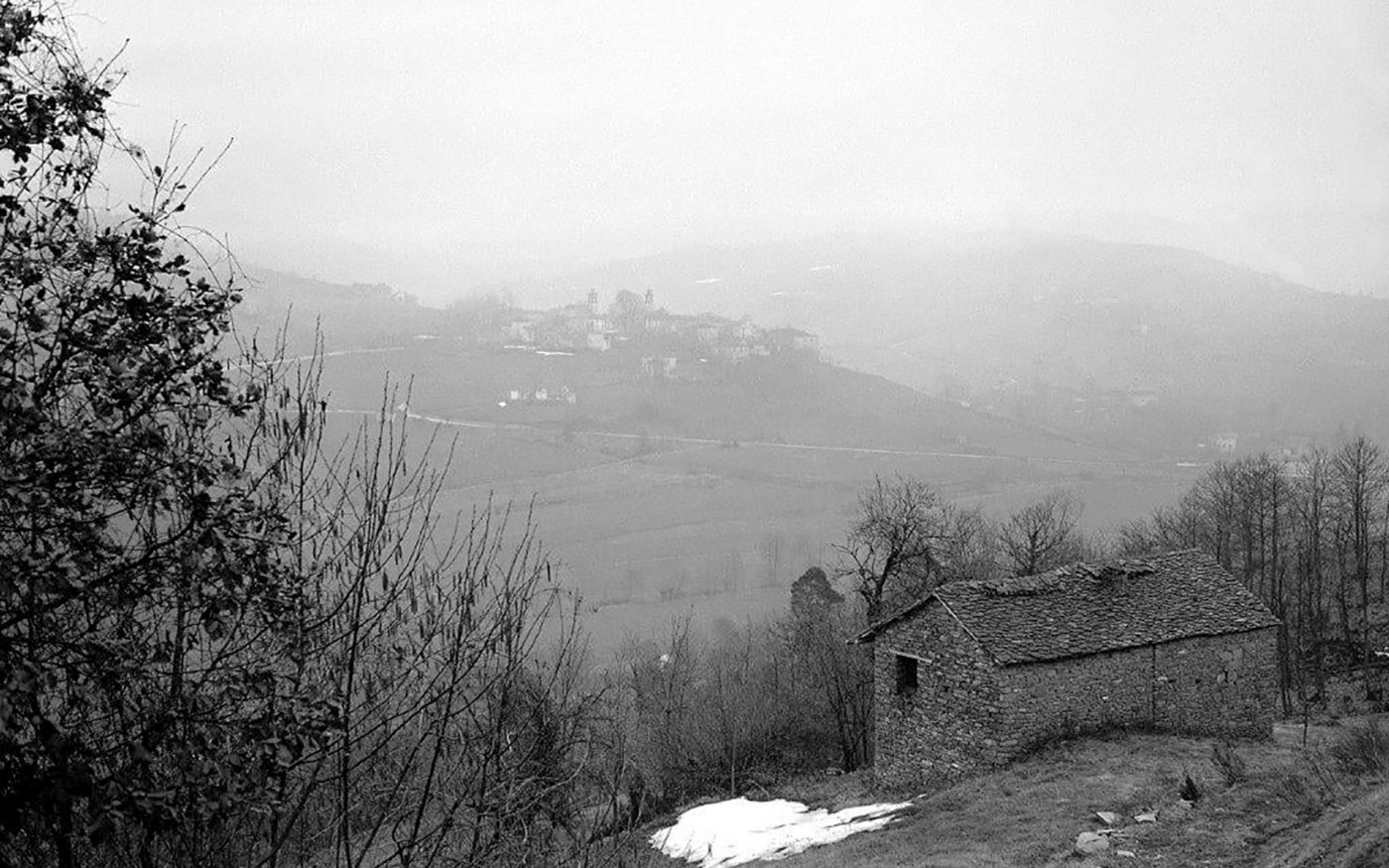 As professors he has, among others, Leonardo Cocito in literature, later shot by the Nazis, and Pietro Chiodi, deported and then met again in the Resistance as a partisan.

Beppe is a boy with a sensitive, meditative soul and a lean physique. To delineate his physiognomy we can use the description that he himself makes of his alter ego Milton, in his perhaps most numinous novel which is A Private Matter:

Milton was “an ugly one”: tall, gaunt, hunched over. His skin was thick and very pale, but able to sore at the slightest change in light and mood.

At the age of twenty-two, he already had two strong bitter folds on the sides of his mouth, and his forehead deeply incised from the habit of frowning almost continually… To his credit he had only his eyes, sad and ironic, hard and anxious, which the less favorable girl would have judged as more than remarkable.

He had long, thin, pony legs, which allowed him an extended, quick and composed stride. 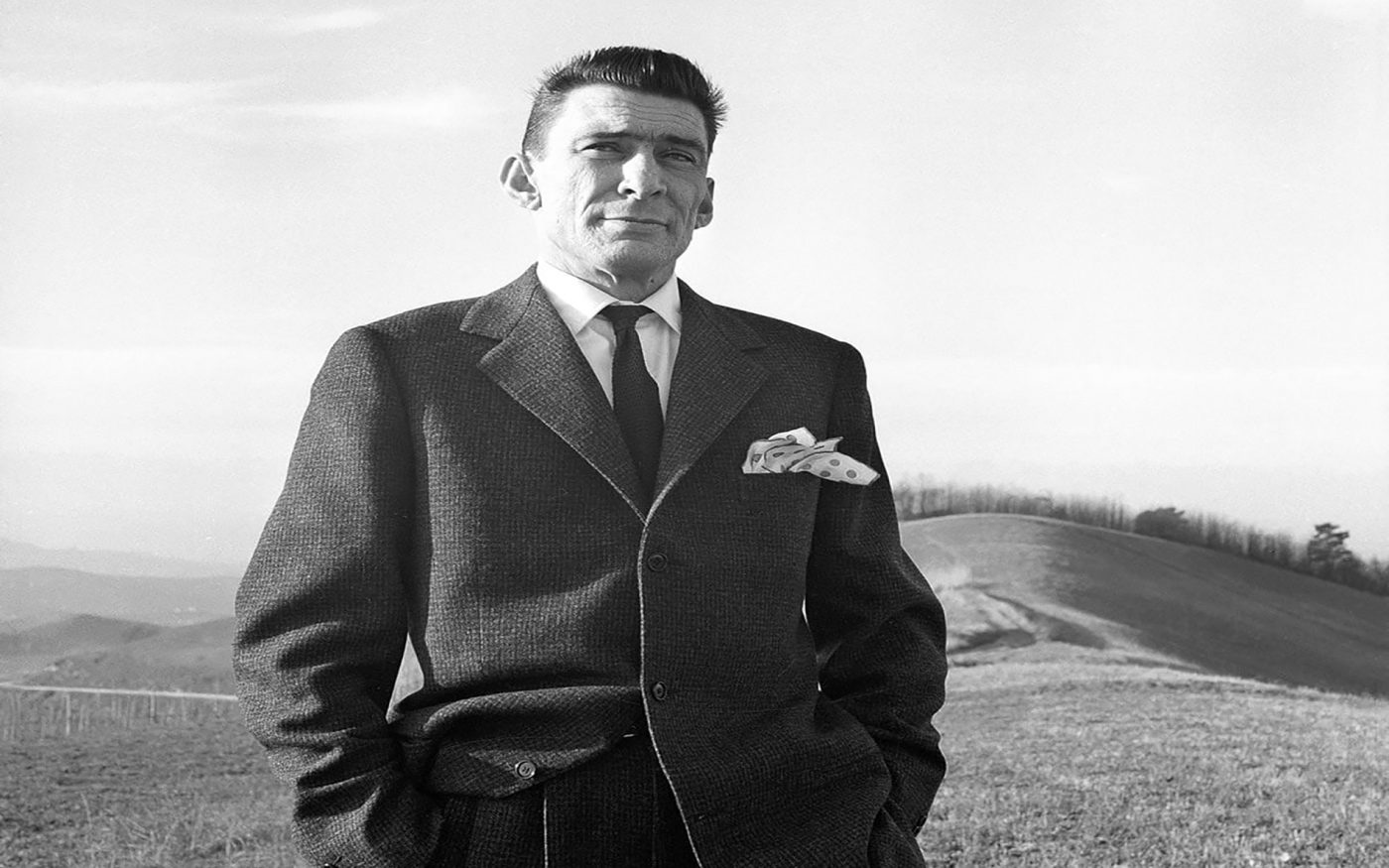 The genesis of the “Fenogliese” idiom

During the years of high school he discovers his passion for literature, falling in love in particular with English and England; the Anglo-Saxon culture assumes the value of a powerful talisman against the ugliness of that sour, insufficient and fascist province. This of course in addition to that swarm of peers who marginalize and humiliate him.

Thus he matures a thorough knowledge of the foreign language which Calvino later defined as “Fenogliese”, due to the original and personal way of mixing this idiom:

…a non-grammatical language, ductile, composable and decomposable, in its constituent elements, with extreme mobility

Preface to Johnny the Partisan

After high school, in 1940 he enrolls in the faculty of literature in Turin, but this is not where his love blossoms. Attendance is occasional, he takes just a few exams and with distracted commitment.

In 1943 he gets called to join the army. He returns home with his brother Walter on September 8th, just in time to be a part of the assault to the police station in Alba where the fascists have kidnapped the fathers of draft evaders. 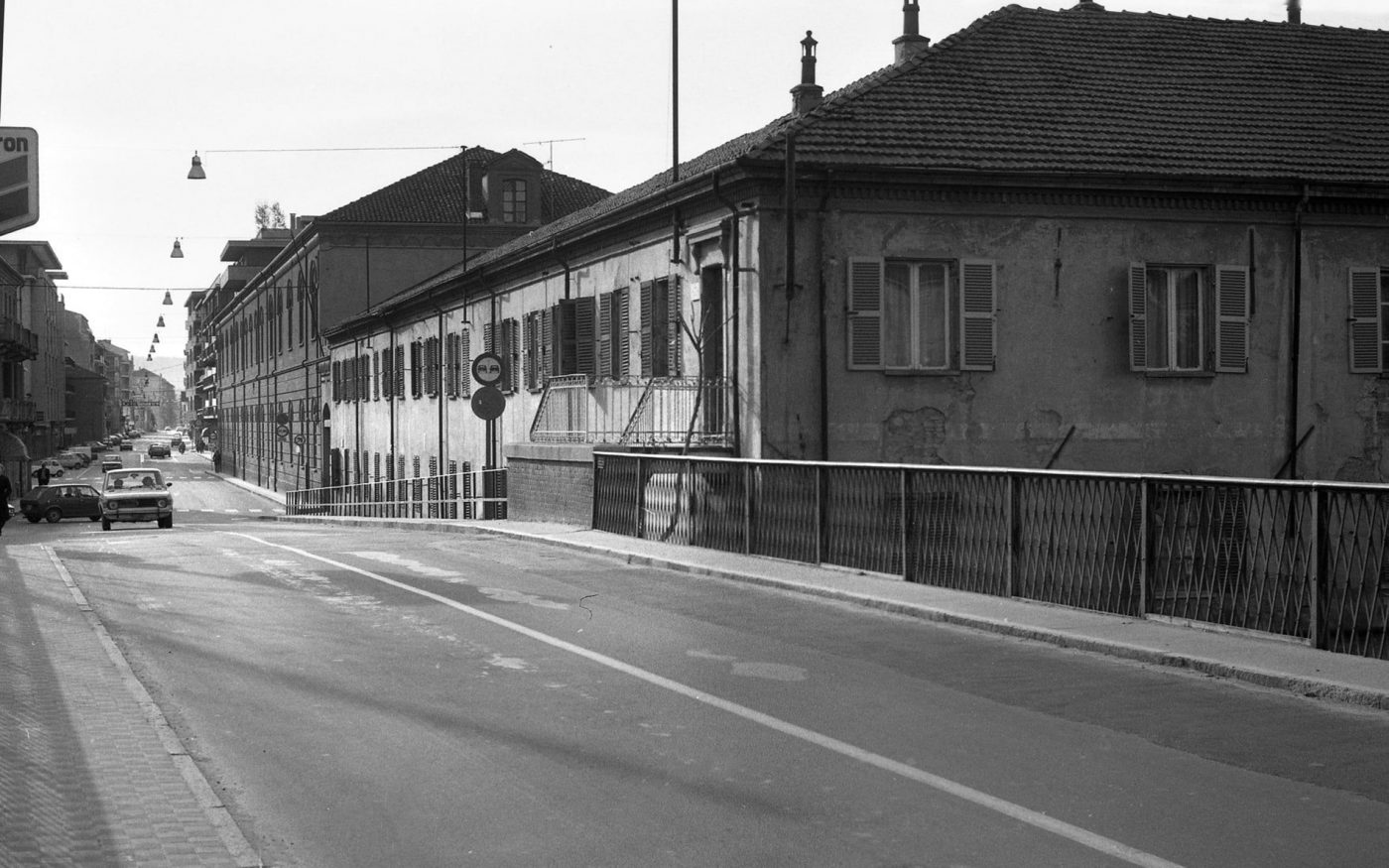 His cosmos then takes on the restless and vertical shape of the mountains: it is being a partisan. A condition that Fenoglio never describes in a hyperbolic way through mythical literary frescoes or with added rhetoric.

For him it is often a disenchanted matter of fatigue, of kilometers uphill, of stalking, of fears, of hunger, small victories, big defeats, escapes and quick attacks in the dark.

And while he is stationed in these fragments of Italian history, his psychological traits absorb, change and crystallize.

His brigade, the Belbo brigade, operates in the Alta Langa, in those same geographies that had triggered an insoluble and ineluctable process of identity with the land in Giuseppe as a child.

Hypogeum and apogee of every human experience, the contact with Nature in Fenoglio’s writings represents the only high mystical note, of almost religious invocation, submerged in an otherwise “non-literary literature” (albeit of great charm).

In the description of the landscapes the writer becomes collected and, like the slow and progressive appearance of an image on a Polaroid sheet, paints the impure, composite, asymmetrical and atypical geometries of an intimate physical and psychic world.

His brigade is severely hit and finally dispersed during an assault on the military depot of Carrù. He shelters for a few months with his parents and then joins the Badogliani (who were the monarchist component of the resistance) to free Alba, defending it for 23 days before it falls back into the hands of the Nazi-fascists.

He will perfectly describe those 23 days later. After the war, after the liberation. 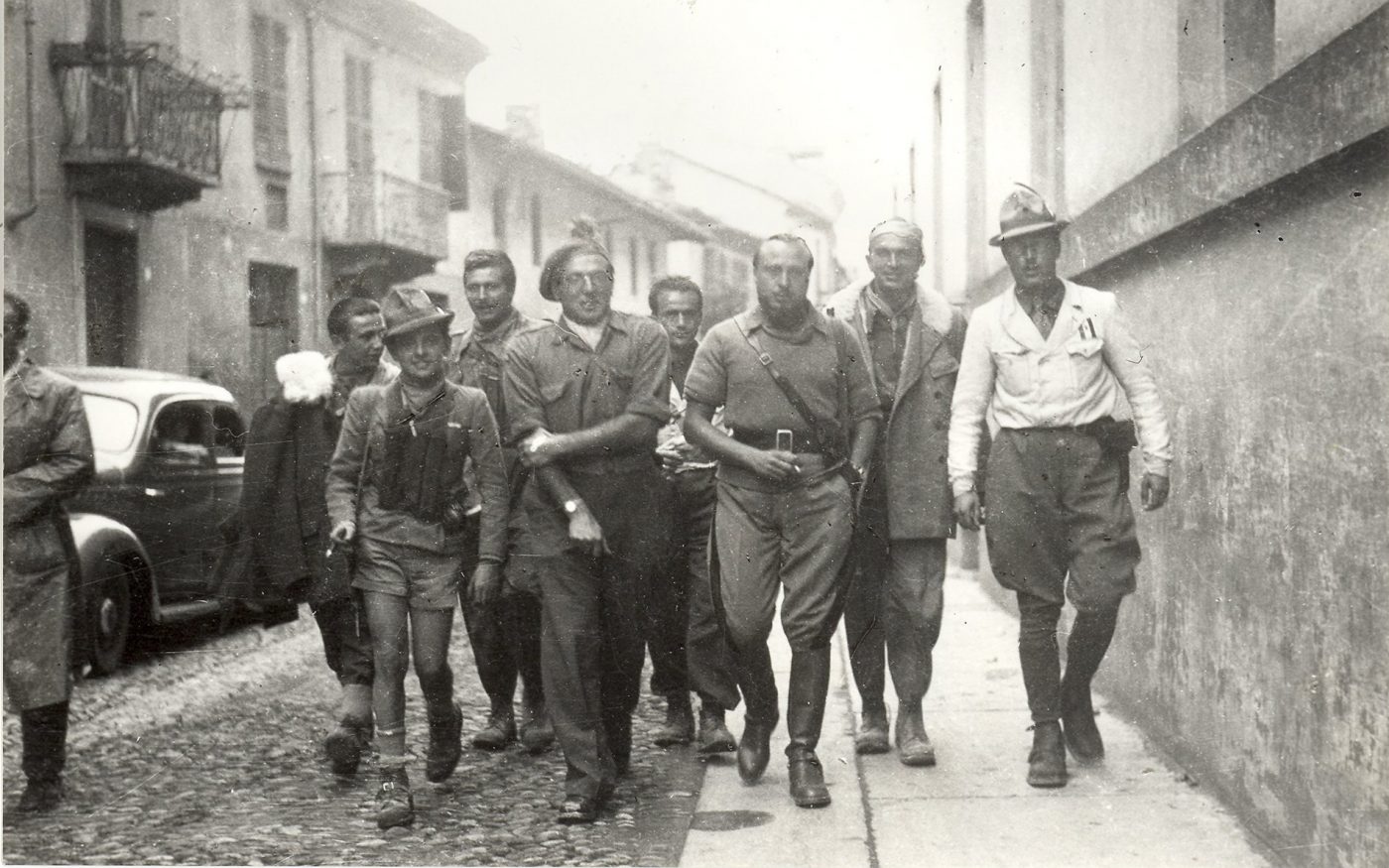 The non-return home and the first manuscripts

The world after the partisan experience is no longer the world, Fenoglio changes profoundly and his return to society and to his family is stormy.

His mother reproaches him for having abandoned his studies, for his lack of independence from the family nucleus, for that twisted cigarette always between the inharmonious lips and for those inalienable instincts of an agnostic anchorite in which Beppe hides and writes.

One of his first novels (influenced by a short story by Hemingway: Soldier’s Home) is entitled Saturday Pay, in which he tells of the difficulties of a veteran to return to civilian life, and also of his inclination to live on the thread of the lawful and the unlawful.

Beppe writes, he writes a lot. He comes into contact with Calvino at the Einaudi, meets Vittorini, Natalia Ginzburg and publishes his first stories.

Others remain unfinished. His first published manuscripts are The 23 days of the city of Alba (which includes Saturday pay dismembered in two stories) and La malora, with a vocabulary very close to the Piedmontese dialect and devoid of that Christian hope present in neorealism.

And again he writes, assembles, disassembles, rewrites again in a sort of archaeological and anthropological burial, excavation and re-burial, always in progress and contradictory, probable consequence of an uncertainty, typical of those who know how to do their job well.

A job, like the one described by Dino Campana and to which he associates the lapping of the sea waves, preferable to work intended as a workplace that weakens man rather than ennobling him.

A plowing in the furrows of some distant divinity, but without theological qualities. Life is a flow and essentially one thing: the becoming of our own internal contradictions. 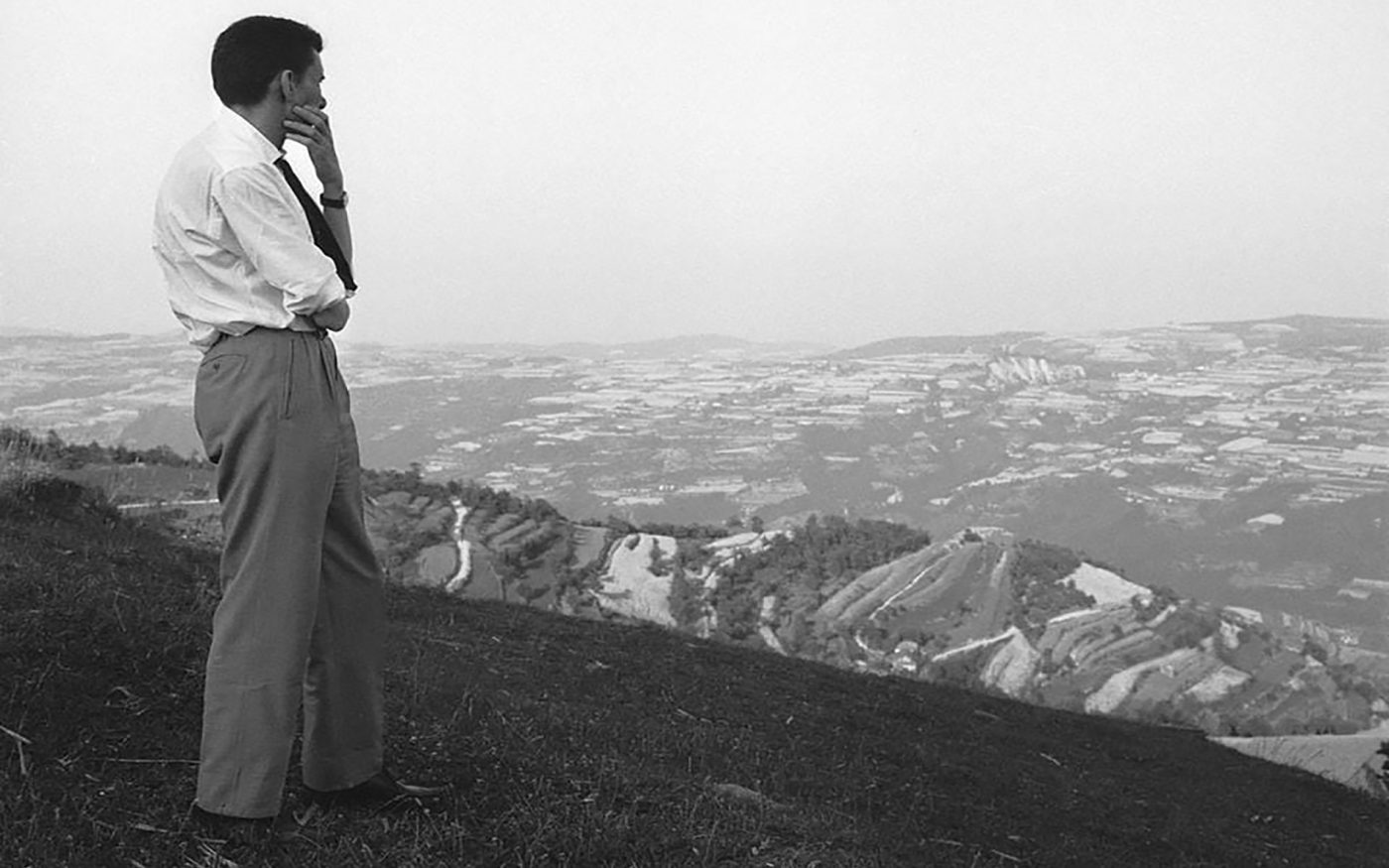 In order to live, he later becomes as an attorney for a wine company, and then translates, always writes, fills papers and drawers. It isn’t a very demanding jow, which leaves him time for writing, sometimes even during office hours.

He will never leave that company and works there surrounded by the affection and esteem that colleagues and friends pay him for his straightforward human traits and the scruple with which he carries out his job.

In 1959 he signs a five-year contract with the publisher Garzanti and in 1961 his collection of short stories A day of fire is the subject of a dispute between Garzanti and Einaudi who contended for its rights.

In 1960 he marries Luciana Bombardi, met shortly after the war. Faithful to his principles (he had always declared himself an agnostic) he is determined to avoid the religious rite despite this making him unpopular in his environment, to the point that the mayor boycott the marriage by refusing to celebrate the civil ceremony.

From this union a daughter is born: Margherita, like her grandmother. 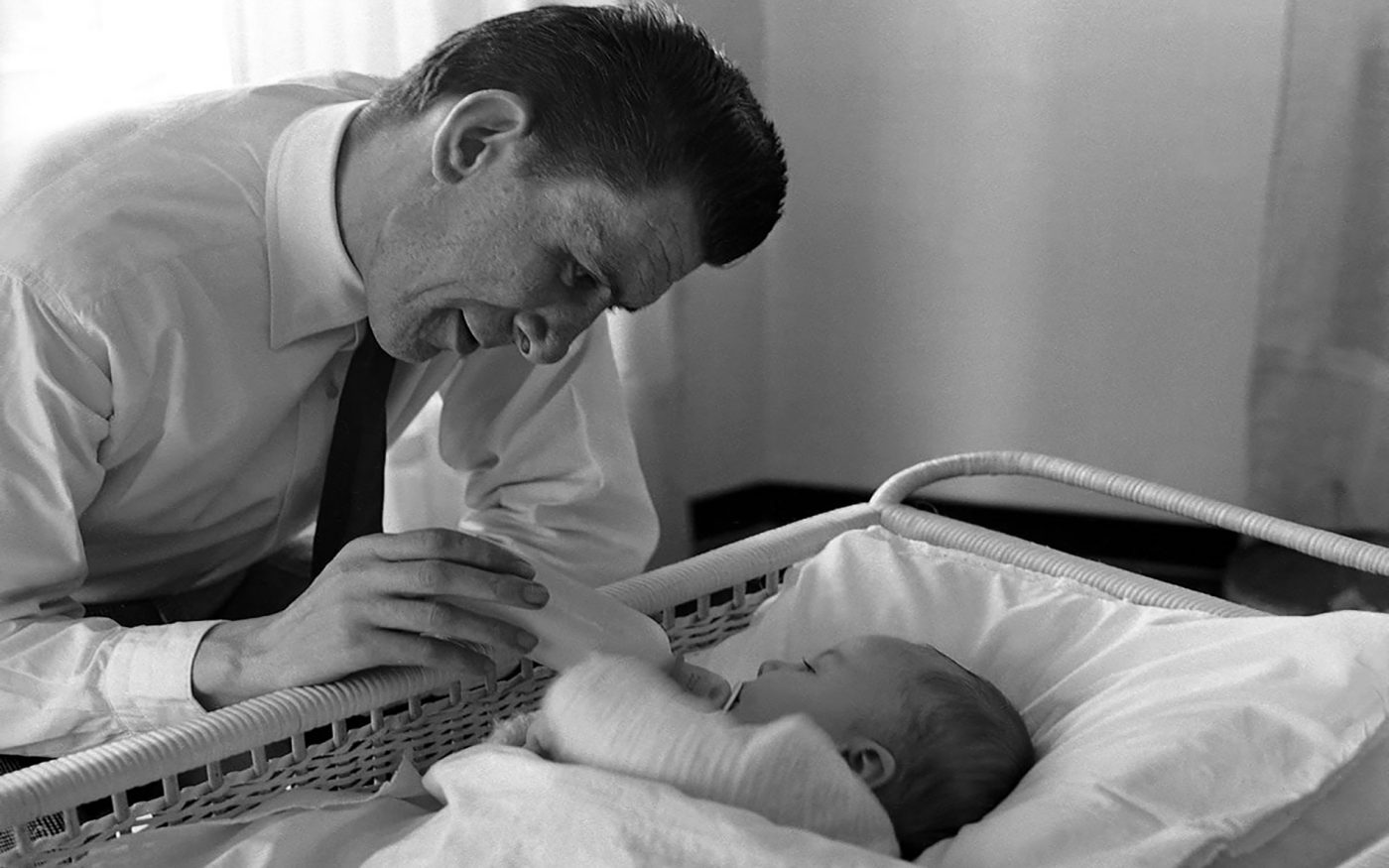 Fenoglio with his daughter Margherita

Italo Calvino describes A Day of Fire, a collection that also includes A private matter:

the novel we have all dreamed of, the book our generation wanted write, and which is now published

And then his lungs ruin him, his body gives up. In 1962 he is first diagnosed with pleurisy and later a rather severe form of tuberculosis.

Shortly thereafter, however, the clinical picture of lung cancer emerges. He retires with his family in Bossolasco, where he tries to take care of himself as much as possible, but the disease progresses inexorably until he is hospitalized in the Molinette of Turin.

He passes away on February 18, 1963, not yet forty-one years old, leaving his beloved wife and her child, but also his unfinished masterpiece Johnny the Partisan which will receive, posthumously, the Città di Prato prize.

In 2005, in the presence of his wife, he is awarded an honorary degree from the University of Turin. 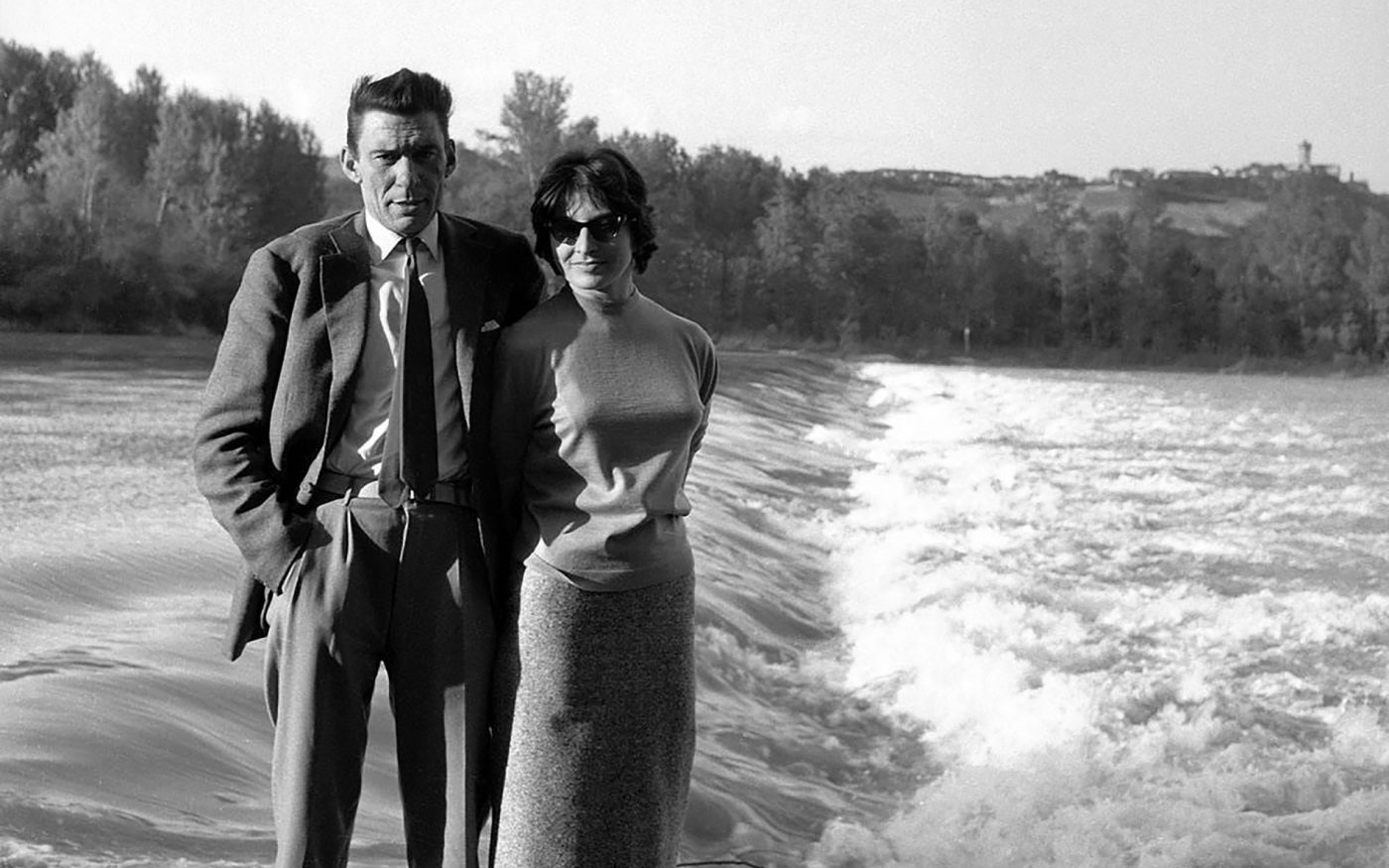 Beppe and Luciana Fenoglio on the Tanaro river

“On the plaque I will only want my name, the two dates that matter and my qualifications as a writer and partisan”