Running late as always, we swiftly took the curves like motorcycle racers, trying to get to our appointment at Cà Neuva in Dogliani on time.

Right before we sped into the town center, I caught a glimpse of a little blue sign saying Santa Lucia. That was the name on the address we were looking for! Staying loyal to our GPS navigator though, we ended up winding all the way up to the opposite side of town called San Luigi, as it was getting later and later.

We finally made the phone call, lost, tails between our legs. It turns out that we were 20 minutes away and it was actually back where I had thought it was! The moral of the story: In this beautiful countryside, don’t always trust your GPS and do your research before. Give yourself plenty of time to find the often hidden and isolated wineries. 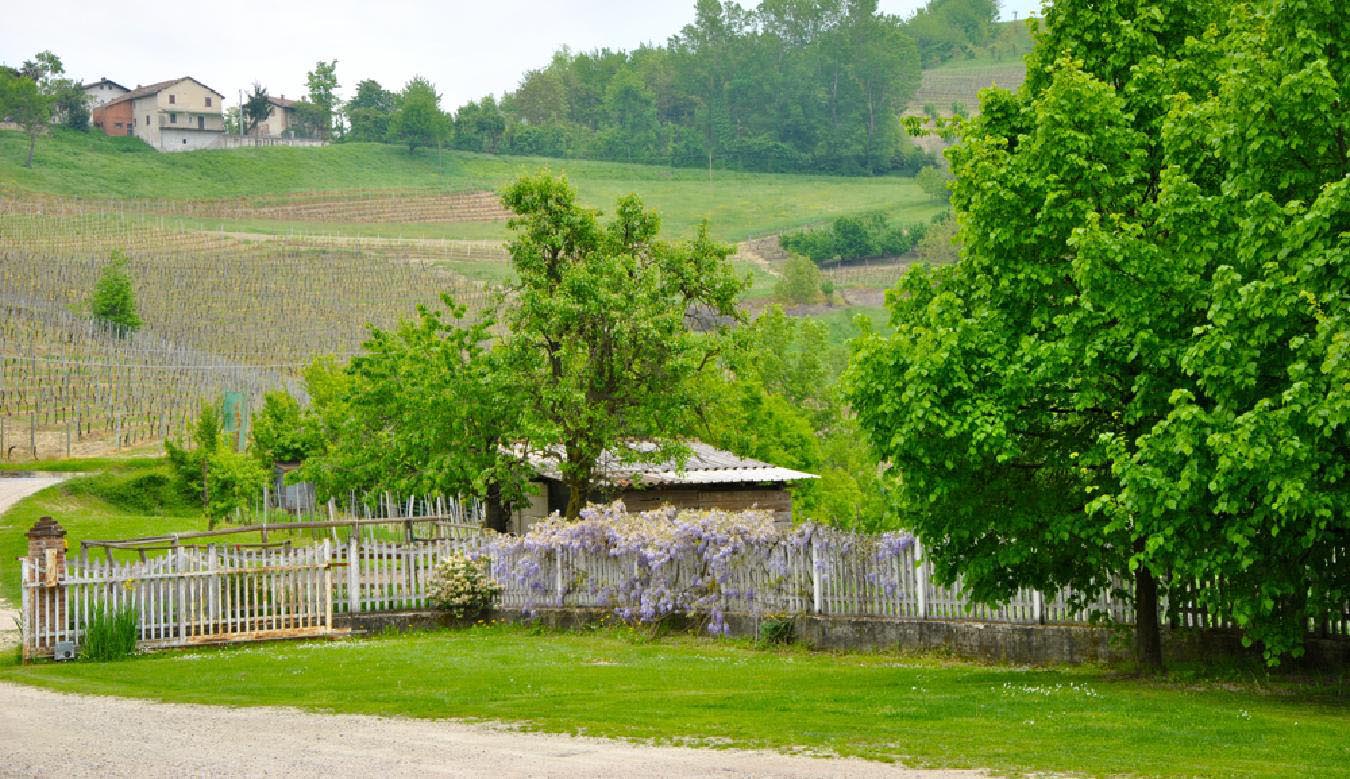 Here we are at last

Well, we made it (thirty minutes later) and thankfully proprietor Sergio and his son-in-law greeted us with a smile. All the stress had vanished. It was a beautiful sunny day and the flowers were in bloom. We wheeled in baby Nico for his umpteenth winery visit and got started with the tasting.

The table was beautifully set, the attention to detail was superb, and there were about 8 wines waiting for us! 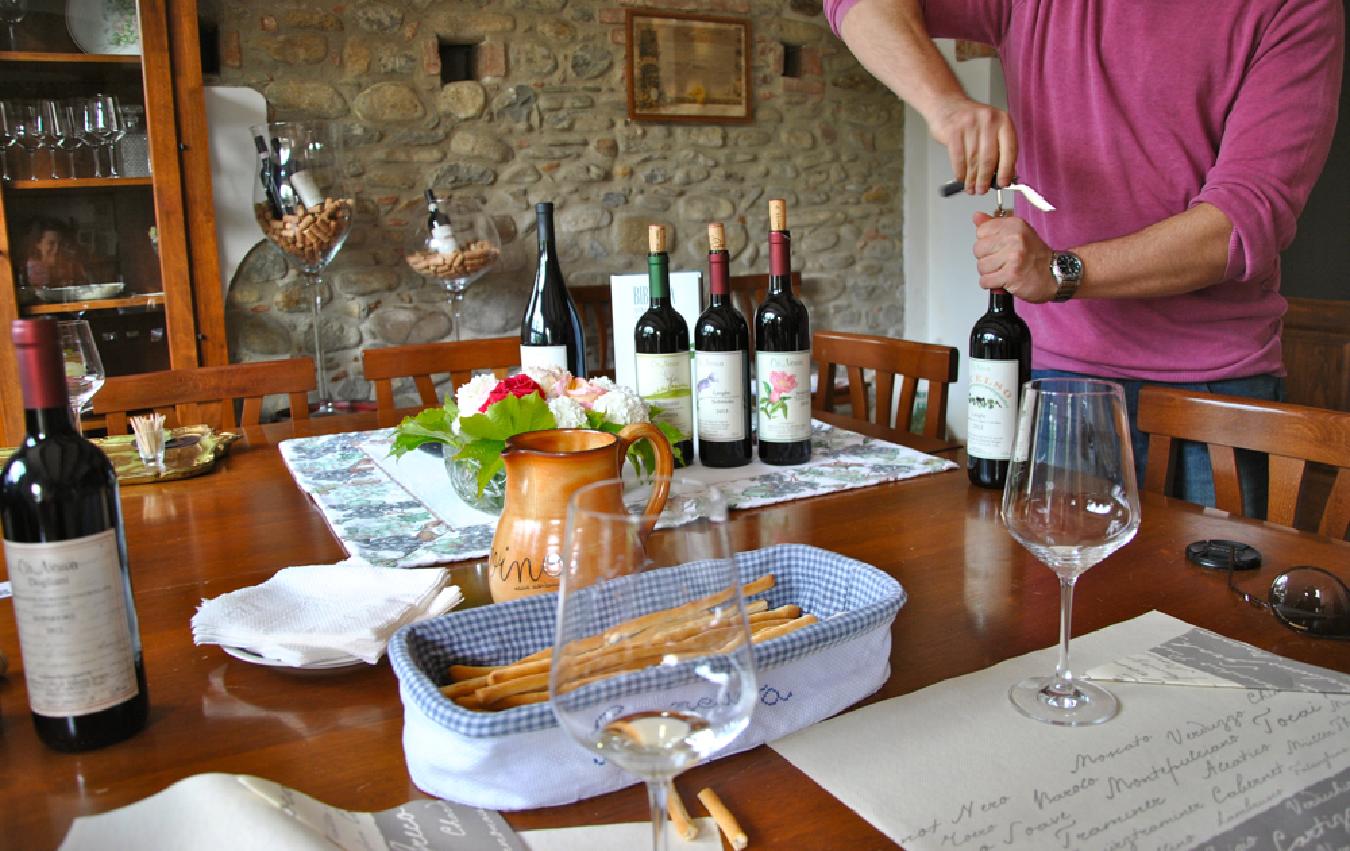 Sergio, the winemaker, is a very proud man. You could tell we had moved out of Barololand by the way he insisted on us tasting all the wines in his range. He wanted our opinions, he wanted to see our expressions, eager to “farsi conoscere” get himself known. This was a refreshing change.

So of course we tasted Dolcetto, Dogliani’s claim to fame. In fact, Cà Neuva makes 3!

One is a well balanced blend from different vineyards while the second and third, called ‘L Sambu and Superiore, are more structured and complex. The secret to Dolcetto, as Sergio says, is that it is, “a wine which can be drunk from the first course to the last course of your meal”. 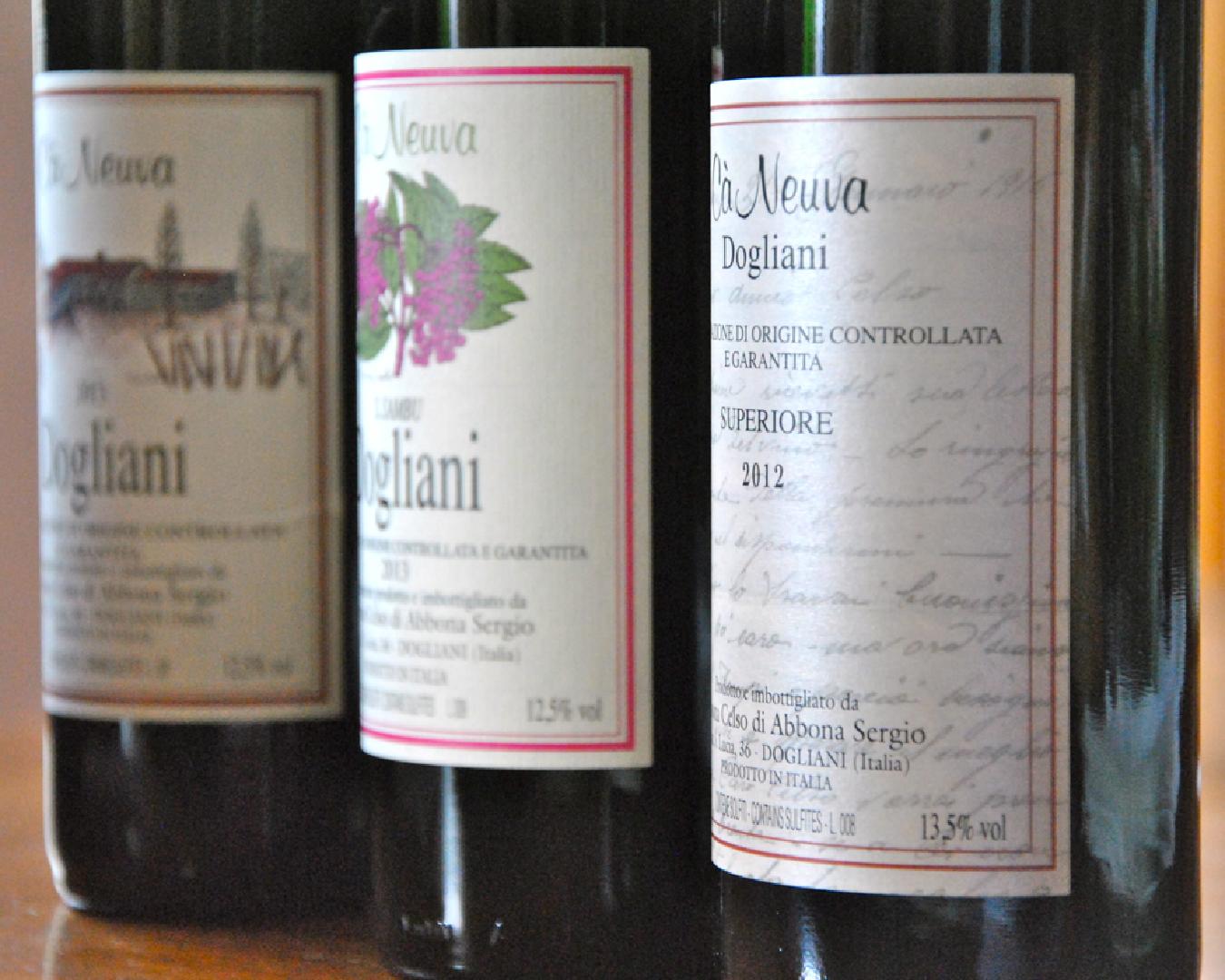 Although I tend to love the expression of the grapes coming from pure varietals, I was intrigued by his blend of Nebbiolo, Barbera and get this… Cabernet Sauvignon!

This wine is called Excelso which is named after his father Celso. When I asked why he chose to plant Cab, he replied that it was all “the nursery’s fault”! He had originally asked for something else and got 250 plants of Cab instead. So Sergio started to experiment with this limited number of vines. He liked the idea of using it for a blend and came up with this fantastic wine!

Unfortunately, the tasting portion of the visit came to a close and it was time to see the cellar. Because I was so used to visiting bigger cellars like Sylla Sebaste which hold all that oak, I was surprised by the 2 minute tour dedicated to the aging cellar! All you see here is stainless steel for fermenting and storing the area’s famous Dolcetto.

This modesty and simplicity though, make the experience neat in its own way. 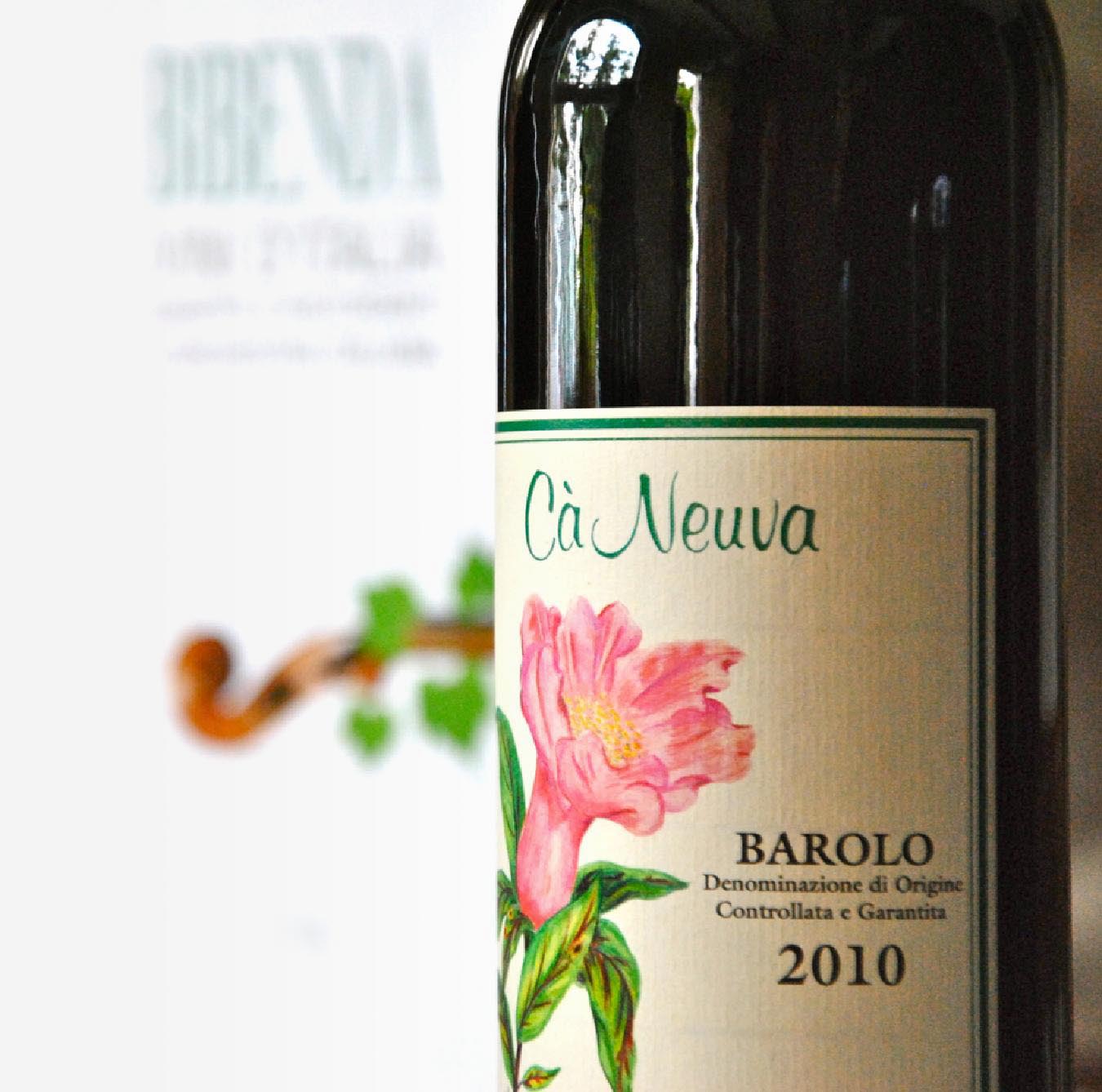 Just as we grabbed a few bottles to take home to enjoy (again late for our next appointment), Sergio tempted us with just one more experimental rose’ he has developed for a special client. Again, the generosity and pride was overwhelming!

After visiting so many Barolo and Barbaresco wineries, this experience reminded me that just around the corner in places like Dogliani, there are small wineries ready to welcome and accommodate you in every way.

We didn’t come to taste his wines, but felt more like we were sharing them with him.

So when you come to Langhe, don’t forget about the little guys making some great wines over there in the land of Dolcetto!