If The Moon and the Bonfires, re-read in the light of what is confirmed in August Holiday, can be considered as a kind of symbolic and iconic repetition of Anguilla’s childhood and adolescence, then it is not surprising that even during childhood Nuto was a reference point for the growth of the protagonist, who relives the same educational experience during his return to the town.

Proof of this can be seen in a passage of The Moon and the Bonfires, which clearly sets out how the figure of Nuto was important for Anguilla in the past:

If we take a step back, with reference to August Holiday, particularly regarding The Sea, one can find an embryo of The Moon and the bonfires.

In this story the two boys venture into the hills, with the intention of climbing to the top in order to be able to see the sea thanks to the height they’ve reached, as well as explore the panorama and see all the bonfires which, in honor of the various feasts taking place (i.e. towns, weddings or the celebration of San Giovanni), that were being be lit (worth noting is how the typical elements of Pavese’s last novel already begin to emerge just from the summary of the story in question). 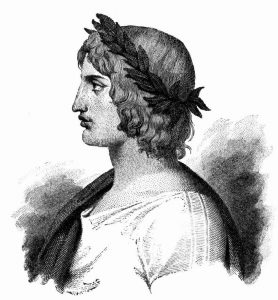 The central figures of this story are those of the protagonist, whose name is unknown, and Gosto, his friend (an infantile parallel of Nuto/Virgil) whose name, translated into Italian dialect, is reminiscent of both the probable abbreviation for Augustus, the Roman emperor whose name was attributed to the month, and the Piedmontese name of the same month, central to the book and Pavese’s childhood.

The two boys, after their wanderings through the hills, quarrel and go their separate ways, letting their paths diverge from each other.

Master and disciple: Rocco and Candido

Aside from them, even Rocco and Candido (two adults who have a strong impact on the boys) are important characters, and both retrace not only some of Nuto’s characteristics, but also the figure of the teacher who knows life well enough, in all senses, to teach a pupil what he knows.

The first, who Gosto actually calls “Godfather” giving him an important role with regards to his growth as a boy, is a vagabond, but one knows extremely well both the hills and the art of living; the second, however, is a clarinet player, the musical soul of village feasts, who takes care of the protagonist after his quarrel with Gosto.

Amongst the most important data at a narrative level, aside from the the characterization of the characters, is the dimension of the trip by the two, with regard to the ascent to the top of the hill (similar to the path that leads Dante from Purgatory to Paradise) which guarantees a childhood full of symbols for the two boys; many of which are found in the Moon and the Bonfires.

Pavese & the Langhe: the other articles

Below is a list, in order of publication, of articles dedicated to Pavese’s relationship with the territory, language and literature:

How do you make cheese?

How to pair wine and cheese